A Sedge on The Loo and Further Dunderheads & Weasels 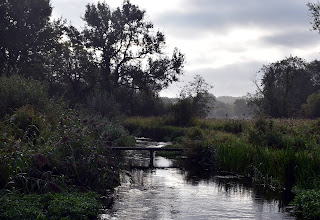 It's September and fishing is picking up.

It improves most summers once August has passed. August is an increasingly unproductive month when it comes to flicking a fly at fish and is the reason we now open for trout fishing a few weeks earlier and will close a week later than normal.

A reaction to a changing climate if you will.

It seems to have paid dividends as numbers of fish caught are up on the previous two seasons, and we've a few weeks to go yet. Small CDC emergers have been fairly successful, the smaller the better and fished on as fine a point as you are comfortable with. 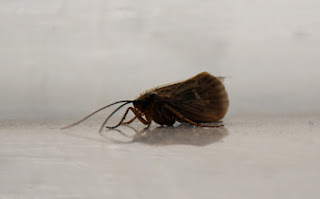 We are also experiencing some reasonable hatches of sedge. This one took up residence on the cistern of the fisherman's loo for half a day.

I'll refrain from banging on about water levels, you can take it as read the river is desperately low. We have aired our concerns with The Riparian Owners Association who have passed the message on to Command Centre Central who may well remain oblivious to the Dever drying up at Stoke Charity if they are solely relying on their own data harvest for signs of a diminished aquifer. 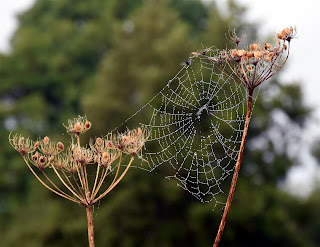 We have heavy dew with mist most mornings as we make our way up the river and lane, 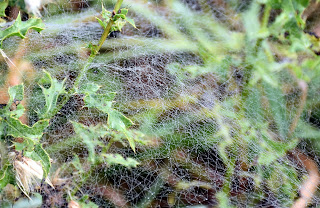 and nets cast by sneaky spiders to snare myopic insects are betrayed. 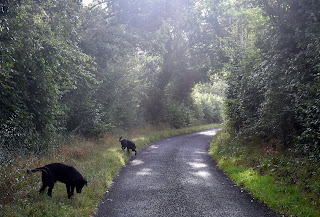 The temperature on our digital recorder dropped to two degrees overnight at the weekend and there were some small patches of frost in the meadow bringing the woodshed and woodburner combo into play.

On the Sabbath I spun leg of pork on the spit over coals.

My quest for apples to produce sauce was a tedious one.

The large bramley that normally chucks up a trailer full of the things is completely fruit free as are most of the eaters about the place.

Madam and Moss have picked a bucket of blackberries -Otis ate all that he picked. This year the batches of blackberry and apple mush to be cooked portioned and introduced to the freezer will mostly be blackberry based.

With the cricket season finished, and Madam's role as scorer complete for another year, we have once again donned the walking shoes and returned to our quest for eternal life via the medium of left foot right foot.

Upper Test Valley first, with skirmishes about the Longparish and Tufton environs. 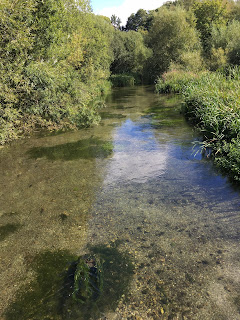 I've not visited this stretch of the Test for a few years but I was disturbed by the lack of ranunculus in this particular stretch of main river upstream from Longparish. The last time I crossed this bridge, ranunculus was having a high old time of it and filled the river.

I once cut weed just upstream from here at a house that was owned at the time by Jocelyn Stevens. He was head man at English Heritage after a successful career in publishing.

It wasn't fished very much but I was helping the keeper out because the July weed cut was such a heavy one, water levels needed to be reduced and time was short.

This looks like swan grazing damage with the weed's recovery restricted by low water flow (apologies I wasn't going to mention that subject, was I)

The house owned by Jocelyn Stevens was a big old pile of bricks with a stunning garden and golden pheasants running about the place. The current owner from across the pond had the whole house taken down brick by brick and reconstructed a few feet further away to shield it from the quiet lane that runs nearby.

Up at Tufton there was a little more weed which was encouraging. When I first landed on the chalk streams Ginger Morris was the keeper on the Tufton water. I helped stock the river at Tufton a few times while on a year of work experience at Leckford estate prior to attending college. Ginger Morris keepered at Tufton for forty years and was a dry cove who sometimes seemed suspicious of Jocelyn Stevens and his movements.

Les Kirby took over from Ginger and then Paul Moncaster after him, it's a pretty piece of water that used to experience some heavy hatches of fly, enough to cause you to put the windscreen wipers on when driving along the nearby Whitchurch to Andover road. 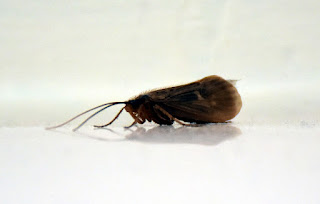 Returning down the Test Valley we skirted the Longparish House water. Once the family home of Colonel Peter Hawker, the famous nineteen century sportsman and author of a celebrated book on shooting and fishing whose exploits with rod and line were often deemed worthy of mention in The Times. One of our regular rods, Colonel Andrews, lived for many years in his cottage at Keyhaven (Hawker's Cottage) where Hawker would regularly repair with his punt gun and batman to worry the local wildfowl with his charges and shot.

While at college, in 1989 or possibly 1990 I undertook eleven weeks paid work experience with the NRA (National Rivers Authority, predecessor to the EA) AS part of my work I was assigned the task of visiting owners and keepers on the rivers Test and Itchen to ascertain who owned which bit of water, determine boundaries and compile an up to date list of contact details. 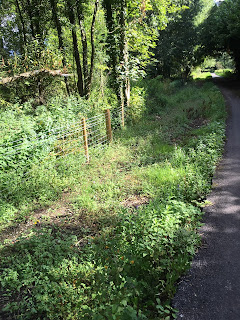 I touched base with Alf Harper, the keeper at Longparish House at this very spot. Alf was a great big man who had done secretive things in various conflicts on behalf of the British army.

Alf was getting on a bit when we met, he liked a fag and was struggling a bit in the high heat of a mid July afternoon.

He was cutting weed in this carrier to reduce the water level because the lane that ran alongside was flooding. He was glad of the break and we sat at this spot for half an hour while he smoked tabs and pointed out which bits of river were owned by who in that particular part of the valley.

I think Alf would be disturbed (never a good state for Alf who retained an army issue pistol and had been known to point it at poachers) to see that the carrier to which he was sympathetically attending in order to "get water away from the road" has now run dry.

Apologies, I wasn't going to mention low water was I 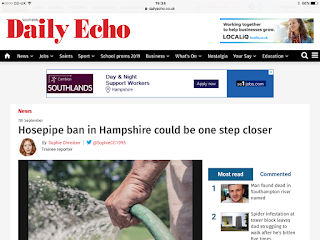 Two days ago The Daily Echo trumpeted that a drought permit had been approved for our local water company in order to keep the good people of Southampton and the surrounding environs in eau.

Restrictions will be put in place regarding the use of hosepipes and everyone will be encouraged to save water. The man from the water company stated that drought order applications would happen more frequently in the future as they face a real challenge on water resources in the region. 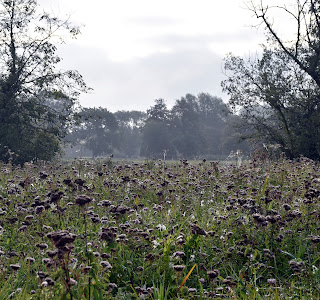 This is a considerable shift in position by the water company from the start of the summer when they stated that they did not envisage having to apply for a drought permit this summer. 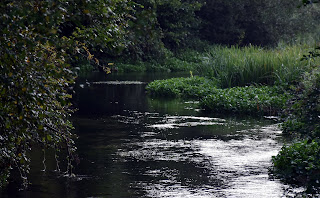 I don't know what they expected to happen this summer given the level of the aquifers in the spring and the likelyhood of any significant recharge during the summer months. Not much has happened weather wise that hasn't happened during the previous six summers, other than the light being shined a little closer on the water companies' weasely ways.

When asked to comment, a dunderhead at Command Centre Central was prised away from the fancy biscuits in a lengthy flood defence meeting to utter

"What are these aquifers that you speak off?

On behalf of our aquifers and the rivers that rely on them, can we all agree to keep shining the light a little stronger on the machinations of these dunderheads and weasels.


Hear, hear. I concur with my honourable and learned friend. Good post Chris, I love all of that area you mention. All the best, John

Cheers John, thanks,as ever, for reading the rubbish that I write.