Talksport 2 and a Series of Beeps and Whistles 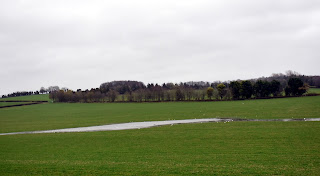 Happy New Year Everybody bring on 2020.


Unto this earth a spring is Bourne.


Hosah! Spring Bottom has a spring in it for the first time in six years. 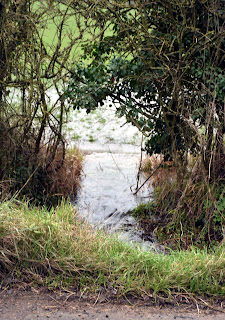 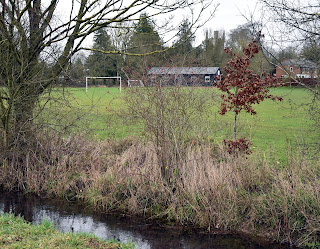 For the decade or so that I marked the wonky touchlines about half of the seasons at the ground were terminated prematurely due to flooding from the ditch.

Football is currently still being played, although it may be a different story come March. 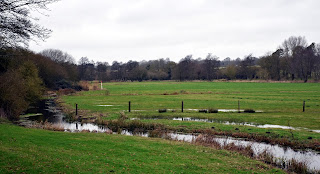 
joining the Dever fifty yards above the stretch that I fall in and out of. 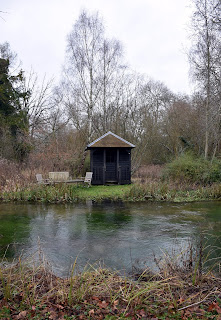 There are small patches of standing water on the water meadow, but then it is a water meadow. The Dever at Bransbury remains fairly well behaved and remains between the two banks, On “hatchwatch” the gate is currently open two notches.

The reappearance of Spring Bottom is a tremendous thing, and bodes well for the summer season. 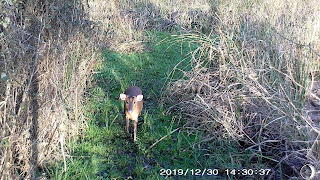 For Christmas, I received the gift of trail cam.

A motion activated camera, it also takes infra red shots at night. I can report that there are many Muntjac about at the moment, not so many Otters and a goofy Labrador who somehow seems to get in shot every time I set the thing up.

It would have been a great bit of kit to have when Lark the yellow Labrador resided at Keeper’s Cottage. Lark would often get out of the garden and join me on the river, much to the chagrin of the retired Factor of the neighbouring estate who purported to be Lark's master.

An eloquent gent, enjoying his retirement, he could often be heard loudly calling Lark home.

A few photos on my Trailcam would have aided the precise location of Lark at any given point during the day. 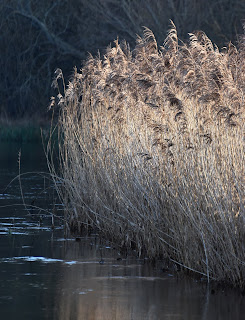 While we’re on hearing.

The level of hearing loss in my west wing has been assessed as between “Severe” and “Profound” and I must be fitted with a bionic ear or possibly a hearing aid.

If our paths cross in the coming months please bear this in mind. I’m not ignoring you, just getting accustomed to a new aural condition that came somewhat out of the blue.

My left ear currently resounds to a symphony of beeps and whistles with hissing accompaniment reminiscent of my Mum making soup in her pressure cooker sometime in the early eighties.

I am informed that my right ear is all that the Doc would expect for a man of my vintage.

To remain on all things aural, why have Talksport 2 been allowed to cover Test match cricket again?

The signs were there the last time they had a go, can anybody put in a pitch?

The requirement for the hopeless presenters to repeat the mantra “live on Talksport 2” has been increased by a factor of five from their last attempt at covering cricket. I lasted an hour of today’s first day at the Test and if this is how radio is to be in Post Brexit Britain, I shall embrace my deafness and offer my Roberts Gemini Rd 18 and Roberts Sports DAB for sale somewhere, probably on the internet.

Provisionally titled "Saucepan Rescue" or possibly "Saucepans I have known" It's a Life or Death Drama (for the saucepan) that focuses on the harrowing tales of everyday people attempting to revive favourite saucepans following culinary disaster. 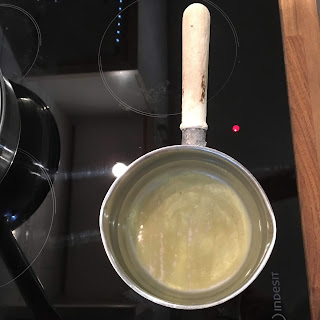 This little fella featured in the pilot.


Here he is recovering in intensive care following defibrillation after a scrambled eggs episode.

A wedding present, he's been with us for nearly twenty eight years and has repeatedly been brought back from the brink. He is expected to feature in Series 2 should the pitch be commissioned. 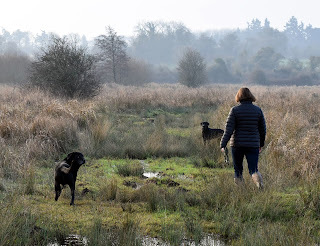 The first day of the decade saw us once again march on Bransbury Common.

We we’re the first down there that day, and touched base with a herd of fallow deer, disturbed the merlin, flushed a fox and spotted the short eared owls. 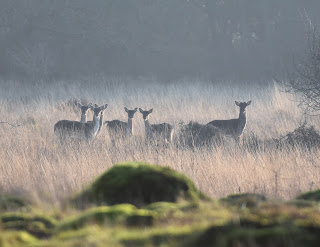 It is a magical place at any time of the year and we are incredibly privileged to have the place on our doorstep.


The coming months will see twitchers mass on the bank near the ford as lying water concentrates the food source for many birds on isolated islands.

The great grey shrike made merry with mice concentrated on dry ground on the common the last time we had a wet winter, and drew quite a crowd. There were several reports on bird watching websites that listed the following event - Great Grey Shrike perched in isolated black thorn disturbed by lady with Labradors.

The Shrike hung around for several months, so it can't have been that perturbed. 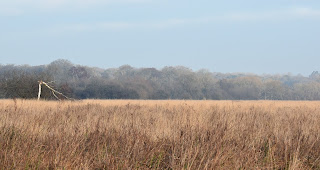 Post breakfast, we had the place to ourselves, although our plan of crossing the ford and to continue a circular route had to be altered as the water was too deep for our wellies.


Which in January, is a very good thing. 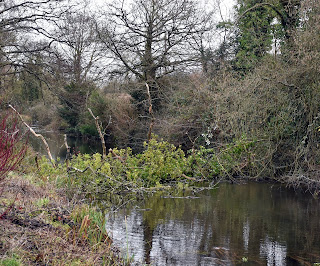 A tree toppled into the Mill Stream between Christmas and New Year.

An ivy covered Sycamore it’s a jump in the river with saws drawn job in order to chop the thing into lumps of a size that can be pulled out by tractor. I’ll shift a bit of silt in the coming weeks, it’s a fairly easy job when there is plenty of water. The process has taken the best part of two months for the past five years. With a reasonable head of water the work can be completed in two to three weeks.

There are plenty of trout about. 3n lumps mostly, who feed hard for twelve months of the year. A few redds are apparent, but nothing like the number pre 2105 when this stretch was stocked annually with numbers of juvenile diploid brown trout sourced from local stock.

And at this point I'd like to bring up the purge on pulling out hatches and sluices in a mass of muddled thinking earlier this century. Where once a set of hatches exerted precise control over a river, the things were ripped out and we now seem to be saying lets let those furry guys have a go.

Which seems kinda nuts. If Beavers had brains as big as ours they would build hatches and sluices and kick back with nuts and cigars. If a set a of hatches has been in situ for many hundreds of years question why it there. Try and understand the influence it may have on a chalk stream valley and act accordingly. It is not always a negative impact.

I get Beavers, like I get Otters. They have their place in the aquatic environment. But let's not sign the entire aquatic environment over to everything that’s’ two foot long, cute and furry. Man has an important part to play, over and above undertaking a watching brief, and was once quite good at managing water in a chalk valley. And there was an awful lot more e water to manage back then.


My New Year is complete and also fulfilled. Spring Bottom has a spring and a bottom that is underwater. Can we have a, ahem, close-up of said bottom. I seem to remember a stream gurgling along next to the road on the way into Basingstoke right next to the A30. Happy days.

Chris, a happy and healthy new year to you and yours. We still have tractors up to their axles in gloop, tomorrow is tow-out day and on Monday pike fishing. Finally. All the best, John


Chris, Just a footnote to your planned 'Saucepans' series. Celebrities always take ownership of the subject of their programme as in Test Valley River Keeper's Alaska or Test valley Ricer keeper's France.

These little details give importance and power so for TVRK's Saucepans/Heirlooms etc don't forget to include this in your programme title brainstorming session. I favour the 'Saucepan Rescue' suffix. All the best, John

Penelope Keith got into a lot of trouble when she was assigned ownership of the series - Penelope Keith's hidden villages.

There were letters to The Times demanding to know what business Lady Keith had in hiding the nation's villages.

Think about Joanna Lumley, her programme that is, and Rick Stein. I think I prefer Joanna Lumley. Time for my pills. John