A Bonfire of Insanity. This Wheelabrator Stinks! 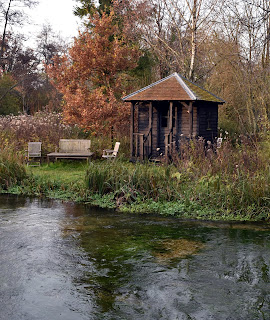 This time with a headful of sawdust following intense engagements with wood via the medium of chainsaw. 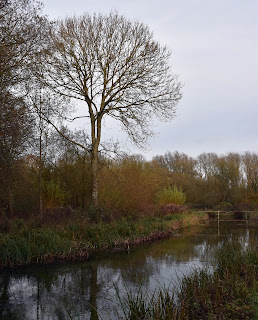 We had a complicated do with a brace of ash trees on the island on the pond that had fallen over during the summer. The island is inaccessible by tractor so all wood must either be carried over the bridge on foot or pulled across the pond by winch or tractor. 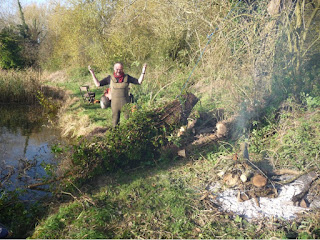 The bank is a few feet high on that side of the pond and it was a matter of slinging a rope over a fork in a tree and attaching one end to the tractor and the other end to the bough to be removed from the island.


Pulling over the fork in the tree lifts the severed limb up the bank rather than into the bank and avoids a lot of huff and puff. 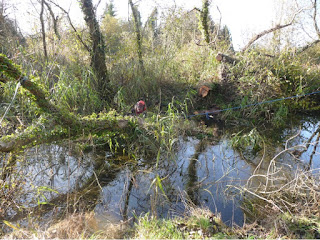 It was an incident packed three day job that was compounded by the depth of the silt in the channel that I briefly slipped into at one point, chainsaw an'all.

We’ve also felled a couple of ash trees infected by dieback that stood on the bends upstream from the fishing hut.


Twenty years old, this pair were shedding limbs at a rate comparable to the knight in The Holy Grail,

Which is great for the wood shed, but more trees must be planted this winter to fill the void that this insidious disease continues to create. 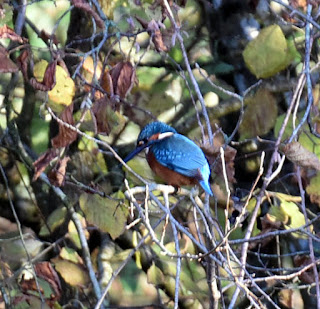 This morning we stood for five minutes watching this kingfisher pluck minnows from the bottom bends and the stream through the garden at the Mill.

It didn’t seem too bothered by our presence and appeared fairly portly, so the conclusion was drawn that it was one of this year's brood making its' preliminary steps in the outside world.

There’s plenty of the things on this stretch of the river, drawn to the millions of resident minnows. There's some easy fishing to be had for a Kingfisher from plenty of perches on the non fishing bank. 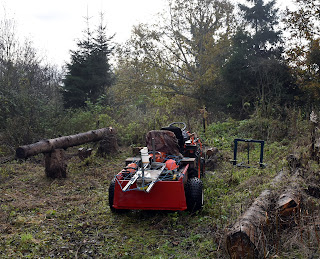 The Chainsaw Mill has emerged from the workshop and we have been producing planks in both fir and ash for a range of projects this winter. 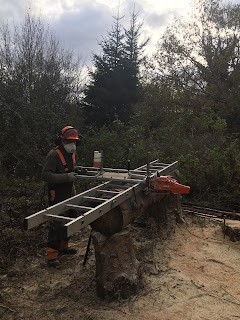 With a nod to acting in a more sustainable manner, last year we felled a Christmas Tree that I planted twenty five years ago.

After a year of marinading, or possibly seasoning, it has been introduced to the chainsaw mill. We now have many pieces of wood in different shapes and sizes to replace a failed bridge over a side stream. 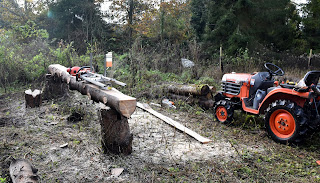 The wheel will have turned full circle when we plant another tree in late winter in place of the felled tree. The ash is designated for seat tops, bread boards and salad bowls. We will not be replanting with ash, despite news this week that progress is being made in the fight against ash dieback, because a ban remains in place on the movement of all ash trees. 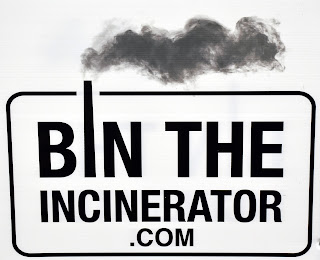 Apologies for a bit of a pitch, but last week saw the public consultation for the behemoth of an incinerator that is proposed for a site less than a mile from here and a few hundred yards from the banks of both the Dever and the Test.

Twice the size of Winchester Cathedral, it has many in a fine bate and frothing at the mouth, as the decision as to whether the proposal is passed will be taken a long way away from here in Whitehall and not this locale.


There are many reasons to object to the proposal. They are listed at www.bintheincinerator.com,

for the sake of balance, the case for the proposal can be found at www.wtiharewood.co.uk.

At the consultation my first question was directed to the meeter and greeter.

It’s a naff name that smacks of being conjured up across the pond where the company who are making this proposal are based. 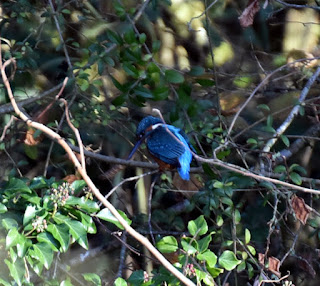 Swiftly dismissed as a "hick from the sticks" I then spoke with the man pushed forward to talk about the water,

because this leviathan needs water.


There is a rainwater capture scheme planned. A giant water butt if you will, where rain that falls on the expansive roof will be stored. There will also be a requirement for water to be taken from the ground. Southern Water had provided assurances that they could supply the water for this surplus requirement, and yes, he was very confident that the proposed incinerator would be given the green light. I pointed out that the aquifers in the area were classified as “at the maximum point of abstraction” if the unique aquatic environment of the chalk rivers is not to be impacted upon.

He remained confident that the proposed incinerator would be given the green light. 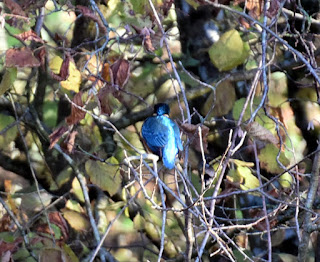 I enquired as to whether he was aware that the data that Southern Water were basing their offer of a bounty of water may well be flawed.

They have a history for this kind of thing and received a substantial fine earlier this year for questionable gathering of data.

He replied that the application could only be guided by data and assurances presented by the water company and yes,

he remained confident that the proposed incinerator would be given the green light. 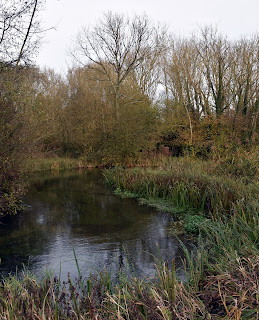 I pointed out that the previous five winters had been particularly dry. If there was a shortfall in the rainwater capture process, would they be required to ask for an increase in the amount of water required to be drawn out of the ground?

He replied that they would have to get the water from somewhere and yes,

he remained confident that the proposed incinerator would be given the green light.

I thanked him for his time and moved on to the virtual reality guys who had a big screen a laptop and a promise that they could put you on the ground in any part of the parish to see with our own eyes how invisible this project would be. We zoomed in to a spot between the garden gate and the fishing hut and were greeted by a sea of green. I asked the tech chap if this was Bransbury and he said yes, Bransbury on the River Test. We zoomed out a little and yes, there were the bends in the river that I have been falling in and out for twenty eight years but what were all these trees?

A little perplexed and with apoplexy imminent I informed tech man that it was not the River Test but the River Dever and that all those trees that his company insisted would shield their industrial Kraken do not exist.

He replied that the VR had been created using data from a recent arboreal study, and yes,

he was confident that the proposed incinerator would be given the green light.,

At which point I began to froth at the mouth and left the room. 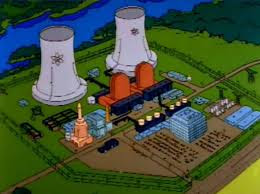 It’s a stitch up.

With batteries removed from a torch detailed to shine a light on data provided to promote the cause.

Once again, if any other country played as fast and loose with such a unique aquatic environment by making such a proposal we would be quick to condemn as corrupt.

The final decision on this proposal will be taken out of this valley to a long way away in Whitehall. Brimful of urban enlightenment with scant regard for a fragile chalk valley. Big business and the bottom line will be invoked and somewhere across the pond champagne corks will be popped.


Chris, An excellent post and the conclusion is that they don't care. They just don't care one little bit. An attempt was made to build an incinerator in North Norfolk a few years ago but the public outcry was massive. When the political supporters realised that the population was against it they changed alignment very rapidly. The problems wouldn't just be water abstraction but the hideous emissions and particulates released into the atmosphere. Worrying that the computer says yes. The eel lecture was excellent too. I haven't caught one for eight years. I like eels, unlike a lot but then I like Tommy Ruffe, minnows and gudgeon. Keep up the good work.
Kind regards, John

Cheers John, the Incinerator is a bit of a worry. The people pushed forward to represent the company who are making the proposal seemed worryingly confident that it would go ahead.

I used to curse catching eels when fishing for other species but now that their numbers have crashed I rejoice in seeing one in the river or on my line,

Take a look at Hansard for16 January 2013. This paper details the end of the proposed incinerator at Kings Lynn. Norfolk CC wanted it but not near Norwich. It's worth a look.