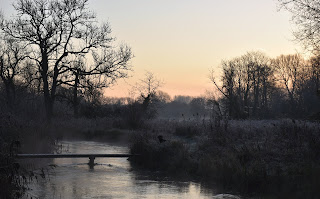 A common greeting in the flat hills of my homeland where I attended school and almost grew up.


We visited recently to touch base with parents. It’s a journey that thirty years ago, once took nine and a half hours in an 850cc Mini van that was ill equipped to cope with any motorways on offer, last month we made landfall at Toronto in two hours less.

The sweet spot of 2012 saw us complete the journey in just under three hours. 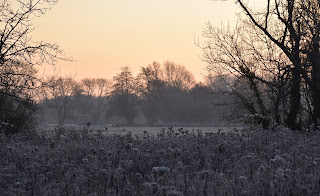 The journey has since taken a little longer with each passing year, at which point I could once again effuse on smart motorways, the increased size in cars, and the need to move freight about the country on rails rather than roads, but I shall refrain because the vein on my forehead will begin to throb, my hands will form fists and I will bang my head repeatedly on the top of the table.

It is a familiar route that passes over several rivers. Many of which we have seen in flood and pushing out across the fields. All bar one on this trip were behaving themselves and restraining their movements to between two banks. 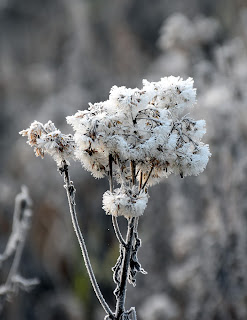 In this valley we have had a dry few days with frost.

Which is great as it serves as a full stop to the summer and nature knows where it is, although our garden currently plays host to a delphinium in full bloom which is a little surreal. 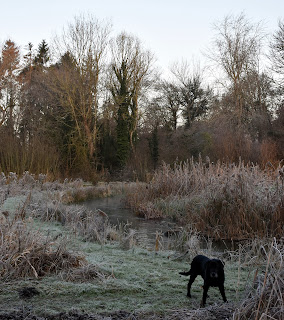 A few brown trout have moved on to the shallows and are kicking up redds. With a good depth and rate of flow mortalities of spawning fish from avian predation should be down on the previous few seasons.

Cold weather somewhere else has caused a reasonable head of geese to take up residence on the water meadow upstream from here. Mostly canada geese with the odd greylag, they will hang around here for most of the winter. 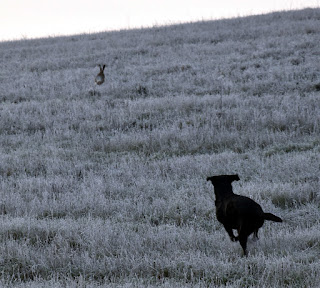 The Merlin is back. I have followed it up the road twice, and Moss flushed it from a path cut through the long stuff near the top shallows, before heading off up the hill after a Hare.

A few anglers have bothered the grayling. The average bag between four and eight fish in a day, with most fish caught in the faster water. 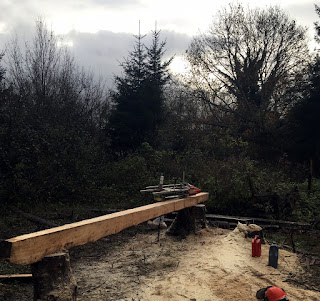 Chainsaws continue to buzz. Plenty of planks are now piled up for numerous projects along with these two fifteen foot runners to replace a footbridge upstream from the fishing hut. We have also felled and stacked a few more mature trees to season over the summer for planking next winter. 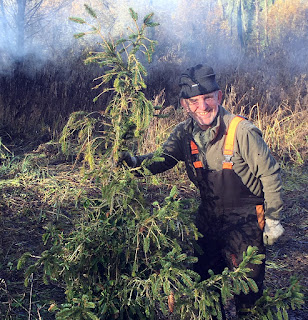 The task of toppling Christmas trees and burning the bits that are not required for planking always puts a smile on Lord Ludg’s face, particularly at this time of the year. 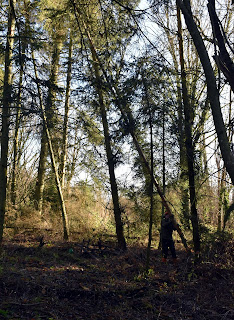 There are also a few dead trees in amongst the live ones that have been taken down.

One tree was spared the process of planking or introduction to the medium of fire and was dragged up the road to The Swan, where it now stands sentinel in the pub garden.

This week this house acquired an extra parcel of land. An allotment to be precise. It will serve several purposes. Shortages of items various are predicted. Following a self imposed exile in a cave clad only in loin cloth and beard, there is a requirement to gently reintroduce myself to society. It’s a mile up the road and I have to justify the purchase of the electric bike and I like vegetables.

I’ve always had a vegetable patch in our garden but the mother of all Sycamore trees is sucking all the nutrients and water away, and each year yields from my small square of earth are diminished. In another exciting development, a “Vegetable of the Month” feature is being mooted for this house next year. Watch this space.

Ok he completed the three score years and ten, but that’s not much these days.

Didn’t see him play live, but remember 1981 and his 8 wickets at Headingley. The distinctive run up and when he walked out to bat without his bat. 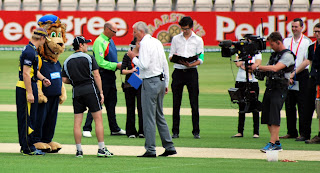 Here he is with William (Child B as was)


Bob’s the one holding the microphone. William’s the one dressed up as Reggie the Lion, the Hampshire CC mascot.

They are carrying out the toss at the Rose Bowl prior to the Pro 40 clash between Hampshire and Notts. William was a late call up, but the role came with a dozen free tickets for family and friends so he was pushed forward. 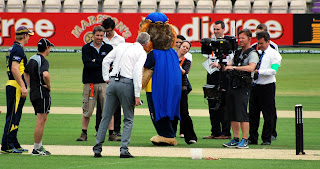 William got in Bob’s way a few times and at one point trod on his toe (Reggie didn’t have the best peepers) Bob took it in good humour up until the toe incident. 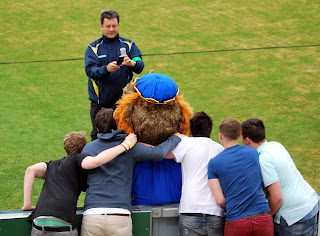 During the game, that Notts won due in no small part to a brilliant century from England’s James Taylor, William was allowed to sit in the dressing room of whichever side was batting. He could remove Reggie’s head by way of respite from the clamouring hoards and preserve the illusion that Reggie was a bonafide lion and not a seventeen year old opening batsman in a Lion suit.

Both Hants and Notts sides were required to sign non disclosure agreements to that effect.

The deadline for venting spleen in the consultation process is 12th December.

There now follows a short appeal:

If you have formed any sort of attachment to this river valley please take the time to parlay a few words into a strong message of objection and and send it to the email address below. 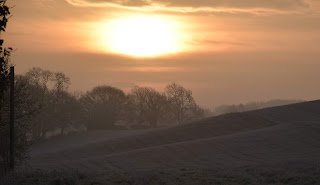 You don’t have to live in the valley,

it doesn’t matter if you visit once a year or once a week,


Every objection improves the case for preventing this industrial behemoth putting in an appearance in this unique and fragile chalk valley.

Please visit www.bintheincinerator.co.uk for more information on how this valley could be impacted upon if this proposal is approved.

We are advised not to use the proforma on the Wheelabrator website, but to send comments directly to

December 12th is the final day for comments to be received.

The comment will be sent to 'them' this evening. Politely of course. What imagination, an incinerator. Maybe not so politely then but it will be kept clean and in the Queen's English.
All the best, John

Thanks John, the more people register their displeasure at this proposal the better.

Only 3 days left to write in,

In Ludgershall December 12th falls on Thursday this year.