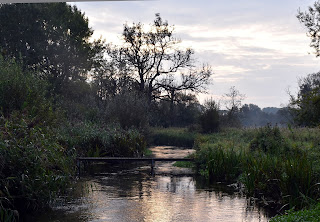 I wish I knew how it would feel to be free,
I wish I could break all the chains holding me.

Welcome one and all to a Joy of six movie week special,

Future son in law has a new drone and it’s quite the thing.

Regular takers of this chunk of guff will recall that my own attempts at a career in the drones, sailed away several times on the wind. This short film has been been retitled “An allegorical piece portraying our Great Leader's governance of Old Albion in 2020”.


This new remote control whirlygig is several generations on from my own effort at flight,

I was invited to take control and pilot the thing but declined the offer on memory of previous mishaps.

There now follows a short film

It is apparent from up in the air that the river is incredibly clear, look closely and you can pick out the odd fish, most accustomed to sticking two fins up to any artificial offering presented. It’s fine tackle time because in ultra clear eater brer brown trout with its’ eye in, gets a clear look at whatever sits on the surface of the water.

You will also note from the aerial footage the onset of ash dieback in the wood and the occasional healthy ash.

I did wonder how our resident birds of prey would respond. Many years ago a friend shooting pigeons had a peregrine falcon stoop on his plastic flappy pigeon decoy. Village elders who massed for a falconry display, tea and cake in the garden, bore witness to a sparrowhawk’s attempt to take out the turn’s pet kookaburra.

It drew no avian interest but plenty of human interest. It’s a quality bit of kit.

Future features are planned, including autumn colour, spawning trout (they are not disturbed by the drone) ripening fruit and moles emerging.

Fishing is hard work, hatches of fly remain disappointing and most fish caught fall to a nymph. September normally sees an improvement but we’re nearly half way through now. Most keepers I have touched base with this past month report a similar situation. 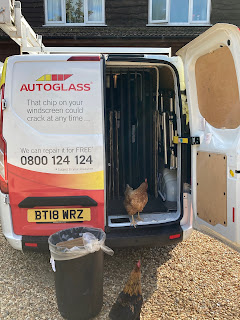 Last week the chooks decided enough was enough and made an attempt to head off on holiday, it has happened a few time this year and I can empathise with their desire to get away for a short break.

We’ve a short staycation booked sometime soon but goodness it would be good to have some time overseas booked up.

With the current quarantine rules that can pop up and change in a matter of hours, it seems irresponsible for a pedagogue to travel abroad with the risk of incurring a fortnight quarantine on return forcing them to take time off school. 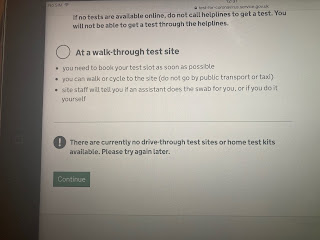 You will recall that three weeks ago I showed a few of the symptoms of C19 so followed advice and took a test.

and it all worked very well.

The testing station I attended has now been closed down.

This is the message that has been message displayed all week to those in our region showing symptoms and seeking to take a test. 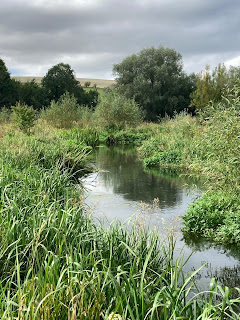 I was kindly invited to fish the upper Avon last week.

Always a fun and relaxed day, I bagged a tiny truite and grayling on a nymph, as hatching fly and rising fish were few and far between. It’s club water, and great work has been done on the top section with sexy wiggles and gravels introduced.

Well done, and thanks as ever for the invitation.


Sunday is currently my favourite day of the week.

There I said it.

A statement that my teenage self would find difficult to comprehend.

Fishing programmes vary vastly in their quality and watchability, this is up there with the best, think “A passion for angling” with clever humour ranging from the light to the edgy. Whitehouse is some fisherman, Mortimer not so, but their day on the bank is everything a day fishing should be. The fourth episode was filmed on a stretch of the the middle Test that I know well and also a stretch a mile or so downstream from here, and did great things in highlighting the precious status of chalk rivers. 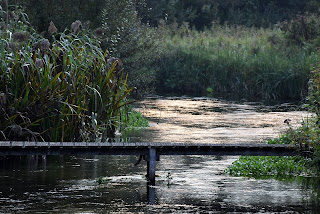 Been getting the flight pond ready for duck shooting this week.

Phragmites has been having a high old time of it and there is much to be cut back.

There are a few duck about, some were stubbling on the field by the football pitch before it was put to the plough and there are a few on the pond each day. Mallard and gadwall mostly with the odd tuftie.

We don’t put any duck down and we’ll only shoot the pond two or three times this winter when the weather is right. Good dogs for picking up birds in the dark are essential and I have been blessed with two dogs , Zebo and Otis who excelled at this task for twenty years. It’s a bit much for Otis now and I’m not sure Moss will be up to it so we may need to get a couple of dogs along to pick up. Half a dozen to a dozen is a good nights flighting for us, it’s a tricky business shooting in the half light and now completely beyond my ailing eyes, but wild duck breast with a blackberry gravy/jus is the food of the gods. 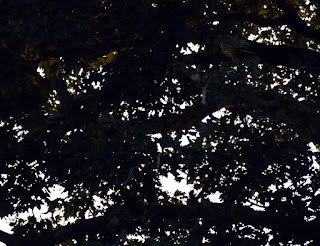 Only a few weeks of the trout fishing season to go, grass is enjoying a late season flush and there is the interminable business of cutting hedges to be undertaken before saws are drawn and we tackle a couple of senior aspen that cashed in their chips earlier in the year.

It’s been a summer that will live long in the memory, and goodness it was good to get some fishing in, as half way through March and with everyone stuck indoors the prospect of flicking a fly seemed a distant prospect.

Fingers crossed for a normal (old normal, not new normal) season next year.

You are right about Paul and Bob, brilliant. My only criticism is it should be longer, at least 45minutes. The Boss and I watch it twice the second time to pick up on the bits we missed through laughing. More please boys. Stay safe and well. John

The M&W production team put some of the outakes up on various social media sites.

Just as funny as the show.

Keep up the good work, and thanks as ever for reading the rubbish that I write,