So who does have a folio full of fracking shares? 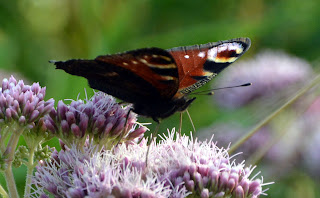 I have never experienced a summer such as this for butterflies. Peacocks, red admirals, white admirals, painted ladies, frittilaries, meadow browns, ringlets millions of moths and much more besides. The few acres of fen that we fire each winter is thick with hemp agrimony which is the place to be if you are flutterby on a hot afternoon, with the loostrife in the fringe an alternative venue for a chinwag over a jug of nectar. In perfect growing conditions the phragmites has attained a height unseen in these parts for some years, eight feet or more around the pond, and the few acres of meadow that I have to top once the orchids have finished their piece was undertaken on my tractor two gears lower than last year due to the dense growth. No sign of ash or oak die back in these parts, and the alders that we have been asked to keep an eye on for a decade or more are in particularly rude health. The conkers have their canker but not to the extent of previous years when they have had burnt leaves in June, and the cricket bat willows look full of runs, however, the few cherry trees about the place look a little down in the dumps. 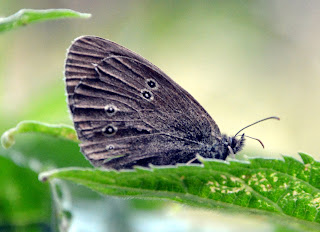 August fishing continues in a familiar vein, with each fish put on the bank hard earned. A few more rainbows have turned up, mostly fish of between three and four pounds that probably escaped from the neighbouring “big fish” water during higher water last winter. They are in reasonable condition and I am amazed that they have been caught during this time of famine and not the feast of the Mayfly. 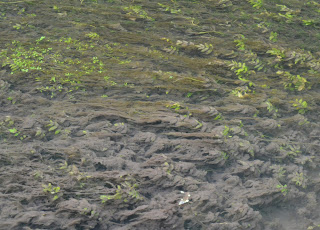 To be honest the river does not look great, and water quality is of particular concern. Quick to colour up following the briefest shower of rain something is going upstream of here. A change in management practice perhaps or trouble at the treatment works, but the weed in some parts of this stretch is coming off second best in its battle with ugly algae, a lot of crud is building up in the channel that will need to be shifted this winter. 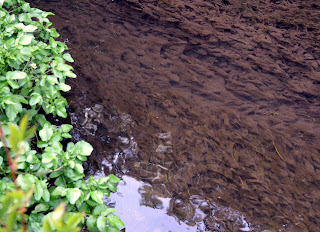 Precisely twelve months ago, I took some photographs of some pound plus roach in four feet of water on the bend below the fishing hut, they are on here somewhere if you look hard enough, image rights for the roach prevent the pictures being shown for a second time, but the water is gin clear. At eight clock this morning I walked around the same bend and struggled to make out a six pound pike lying mid water on the same bend (the roach had understandably scarpered) Water quality remains an issue unaddressed on this river. 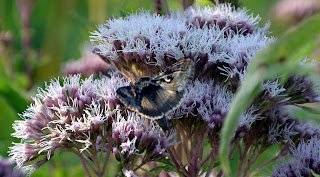 At home our crap cat has moved on from filching frogs. Our small garden pond, four feet from the kitchen window has played host to all manner of life over the years including a keeper from further down the valley on a boozy night in December. It’s an untidy piece of water but full of life because of it, and each year draws the attention of grass snakes who deem it a suitable place to deposit their young. On a hot night this week, one of our crap cats who think the presentation of the occasional crippled shrew is enough to merit a bowl full of biscuits, responded to our chidings by strolling in through the garden doors, mid news at ten, with a snake in its mouth. The lady who sleeps on my left, who was reclined and lazily accepting the grapes that I was popping into her mouth one by one was sufficiently startled as to utter a scream, crap cat dropped the baby snake and exited stage left leaving me scrabbling around under the tv for a six inch grass snake while trying to take in the weather and gauging prospects of mowing on the morrow. 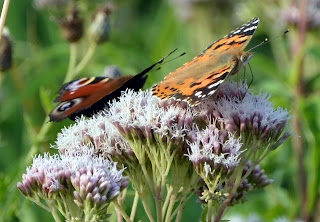 Otis has acne, in human terms he may be entering his late thirties, but spots have flared up along his gums which, we are told, sixty plus pounds worth of pink pills will soon sort out, we must squeeze his spots, and bathe him daily. He’s a different dog since he lost his hooligan friend, but I am adamant that we have done spaniels. 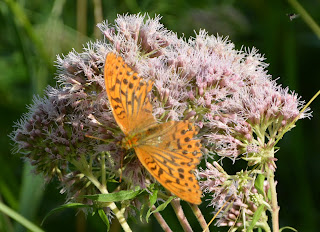 I fear to mention fracking, the papers are full of it, and today Flashy bellowed that we must all get on with fracking in all quarters of the kingdom, A statement that counter balances those protestors in Prada who squat in lanes in the south. Reassuringly there was a statement from an unnamed minister that environmental factors must be considered with particular regard to water supply and disposal in the south, a point that was repeated by a local MP from the party in government keen on his fishing. The licence application process must be adhered to with public consultation and effective licensing by the environment agency. Concerns remain over the licensing process, the EA have proved weak in the past when faced with Big Business and the bottom line, the government have already tried to apply pressure to the EA by requesting the public consultation process on any application for exploratory fracking be reduced from three months to two weeks, the EA have stated that two weeks is too short for public consultation on a matter that has stimulated the current level of public concern. It remains to be seen who will win the day but my money’s on Dave and his piles of dosh over the EA.

How about some transparency over who has a folder full of fracking shares?

Coincidently, I am polishing this off while listening to England win the Ashes in Durham, a perfect spot for shale gas exploration according to those with a fetish for the feel of a foot in the mouth.
Anyway, three nil up with one game to go, and all achieved with a side firing on few cylinders. Ten tests on the bounce against significantly weaker opposition could hamper the development of this England side. Is it too late to seek stronger alternative opposition this winter? New Zealand perhaps? or possibly Bangladesh?

Posted by Test Valley River Keeper at 20:45 No comments: