Blood Pressure and The Joy of Buffering 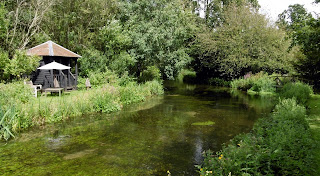 After the party is over,

Yes the mood's taken a bit of a dip and yes, it is disappointing to find garments and footwear discarded in the bushes after I made it quite clear in my speech that it wasn't that kind of party.

Moving on, which is difficult as the photos continue to arrive intermittently via our third world internet connection. If you did send some photographs at the beginning of the week and have not received acknowledgement I apologise, they are still downloading.

For those hipsters with a beard formed from tofu who dream of days of yore and a world of buffering, don't be a stranger.

In these strange days when many look to the past for succour, there may even be some miles in us offering " buffering breaks" or "dial up day experiences"

Because yes, we still buffer.

It may be quicker to print the photos off and pop them in the post.

More news from your current affairs correspondent via a third world broadband supply to follow after news from our man on the river,

Which, after staff cuts, also happens to be me, 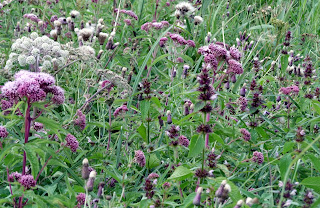 What weather events we have had. Intense showers have seen several trees come down, including a leaf laden weeping willow on the bend below the fishing hut. This morning we received word of friends in a neighbouring village who had the top half of a substantial beech tree blocking their drive. Everything is looking a little more leggy and increasingly verdant, but in terms of aquifer replenishment it's the face washing equivalent of splashing water on your face as opposed to a prolonged ducking and a vigorous scrub with a flannel behind the ears administered by a grandparent's hand. It's a fresher river, and chalk streams give thanks for what they have received but the level of the groundwater that feeds this river remains pitifully low

Fishing has been fairly productive. We've a fairly long injury list amongst our regulars and the river has not been fished as much as previous seasons, but the number of fish caught is well up on previous years. It isn't easy, but fresher water has stimulated fish that would normally assume a state of torpor at this time of the year. The adage that one fish in August is worth four at the end of May still holds, they have their eye in and cute presentation of dry fly or nymph is key. 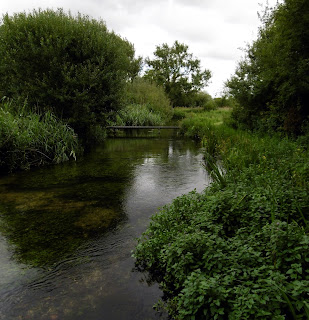 Retaining what water we can remains key and bank side vegetation management plays a crucial role in this and is allowed to grow out into the stream to squeeze the flow as much as possible. Watercress is particularly good at doing this although it is important not to let it smother any ranunculus. It may make fishing in a few spots a little more tricky but the thicker fringe is a riot of colour with loosestrife, mint and monkey flower all in flower. We seem to be inundated with Muntjac who are not as shy as they used to be. One feeds regularly on kitchen scraps with the chooks and barks to other Muntjac in the wood on the other side of the river and fields beyond. It's an unmistakeable noise, particularly after hearing it at close quarters when one got its head stuck in the fence surrounding my vegetables in an attempted raid on my beans. 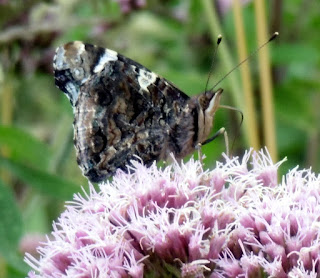 We seem to be well off for Kingfishers this year, It is difficult to walk up the river without seeing or hearing one, but they remain a little shy of the camera. We remain inundated with butterflies who are more than happy to sit for the camera. 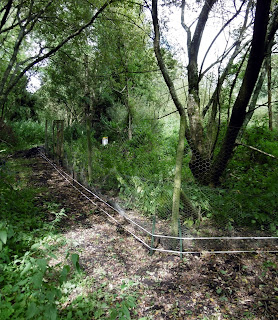 This week we take delivery of three figures of pheasants, because yes after a five year hiatus we are back in the shooting game. The pen took a bit of putting back together after all those Christmas trees fell over and we have had to start again with feeders in the wood and I have had to knock up a dozen or more. Doors had to be replaced on the pen and a new electric fence attached, but now we are ready and on the next dry day the wood will once again be alive with the cheeps of eight week old pheasant poults. 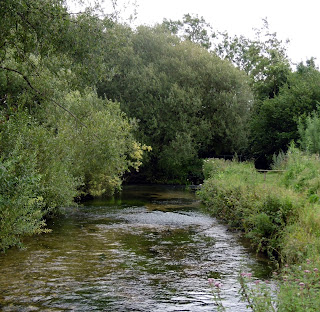 Late last week the Dr'/s surgery called and left a message asking me to give them a ring. I haven't been to the Dr's since I fell off the roof, not because I am not a fan of their work, I am my Doctor is a very nice man who I have known for over twenty years, but because I haven't had real need to so to say I was confused when they gave me a ring would be an understatement. Had my great age triggered some alarm at the surgery or was it related to being married for twenty five years, scratching my head I gave them a call and was quickly informed that they had no records of me having any blood pressure. I assured them that I did have some blood pressure, sometimes it went up when groundwater levels or rural broadband were mentioned but it was blood pressure all the same. After a confusing conversation it became apparent that they had no records of my blood pressure ever being taken and could I pop in so that they could open a file. Which I did, my blood pressure was found, and measured and all is as it should be. IO offered up further bumps and lumps for checking but the nurse declined and asked me to leave, which I did safe in the knowledge that somewhere in a file is a piece of paper with a record of my blood pressure, the lark remained on the wing the snail upon the thorn and the world continued to turn. 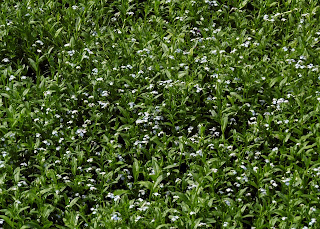 Oh yes, my clever idiot proof Nikon D5200 continues to malfunction so today's offering have been brought to you by my Panasonic Lumix DMC SZ10