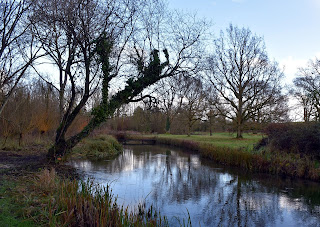 Here we go with another everyday story of country folk,
Which seems apt as we celebrate seventy years of The Archers.
I say “celebrate” but I haven’t leaned my lugs to an episode for twenty odd years, but the Sunday morning hour long omnibus was a staple in our house for a long time. Tom Forest was still about, Nelson Gabriel was up to no good in antiques and his dad Walter kept wheezing things like “Roll the baby in the snow and all its aches and pains will go” and “Hello me old pal me old beauty” I can clearly remember the incident that saw me turn back on Ambridge. It was a hot day and Tony Archer took the afternoon off mid harvest to wash the landrover. 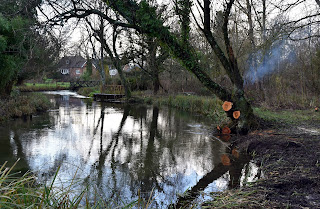 While we’re on soaps I see Coronation St are also celebrating an anniversary. Again I was an avid follower at one point. Ray Langton came and went, Dierdre’s morrocan beau Samir unfortunate demise and I made a pilgrimage to the spot where Alan Bradley was killed by a tram in Blackpool while chasing Rita Fairclough.
I wasn't chasing Rita Fairclough, Alan Bradley was chasing Rita Fairclough. I held no truck with Rita at the time.
I don’t remember why we stopped watching the Street.  It may have been when they went to three episodes a week and it all became a bit much.
Through the soap, an reasonable analogy for 2020, we will now turn our attention to river business. 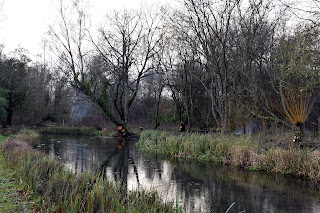 The river is in excellent order, flowing well and crystal clear, keep the rain coming please. We’re still whacking into the willows at the moment. Mostly crack willow that is starting to impact upon marginal growth and weed in the river through excessive shading. It’s a spongy business and the tractor has cut the ground up quite a bit when dragging the things out of the river. The Salix that we have been attending to this week would benefited from being pollarded a couple of years ago as they are now quite a substantial size. The nature of the tree is to twist and bend and grow into irregular shaped branches which makes judging distribution of weight in the bigger specimens a bit of a challenge, pinching your saw is inevitable with this stuff. Lord Ludg and myself (it was both of us) once managed to get three saws (two of his, one of mine) stuck in one incalcitrant bough, which helped to fill a morning.
The bits of bank that we have attended to will look a little stark through the winter months but will green up rapidly in the spring. 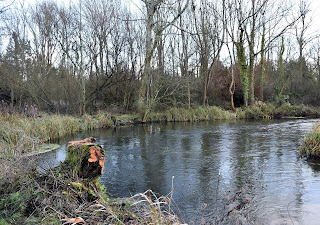 Spawning brown trout remain few and far between. There is the odd patch of clean gravel that could be the beginnings of a redd but nothing like the number of fish kicking up on the shallows ten years ago. The gravel is nice and loose and the height of water offers protection from avian predation, we just need spawning fish. 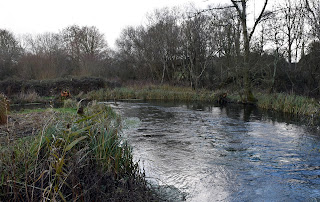 The water temperature is still quite high for the time of the year and while this won’t impact upon the urge to spawn, as daylight length is the trigger factor for that business to start, it does mean that the weed in the river is still growing well. This week the local big fish water up stream from here cut masses of mare’s tail, which is unusual for December. 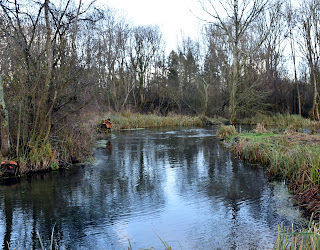 Shooting in the locale took a brief hiatus in the four week lockdown. There are oodles of French partridge in the fields bordering the valley and there will be some big days in the second half of December. Big number days that, to my mind, don’t always shine a favourable light on game shooting. When we shot here at Bransbury, four days each winter, sixty birds was a good day and every one ended up in an oven or a freezer somewhere in the parish. 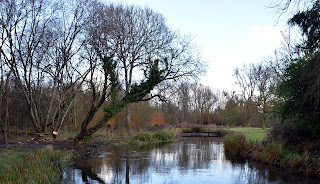 Just finished writing fishing reports for publications various. Summaries of the season that serve as a bellwether to the state of play on beats up and down the river. In a year when the pandemic has been all consuming it felt right to record all things Covid and its impact on the season. Back in March, when we went into lockdown two weeks too late, the message seemed to be that three weeks of lockdown would be enough to see off the lurgy and the season would commence as normal. You will remember that three weeks became six weeks, the opening day of our trout season was delayed by four weeks, but open we did, and we got through the season without any real incident bar the collapse of gazebo during a storm on two anglers outside of their opening chota pegs of the evening. This summer Covid 19 along with Bob Mortimer and Paul Whitehouse have highlighted the benefit to body and mind of a day on the bank with a rod in hand.
The Test Valley has one of the lowest infection rates in the country, the numbers are only a little above Cornwall, but it’s on the cards we’ll still be affected by virus protocols at the beginning of next season. We know what to do now, the summer has demonstrated that we can fish safely,
just sans gazebo.
Oh yes, It’s Christmas,
this
Thanks as ever for reading the rubbish that I write, Happy Christmas and see you on the other side in the promised sunlit uplands of 2021.

Positive Portents, Jack'ern and The Mummers 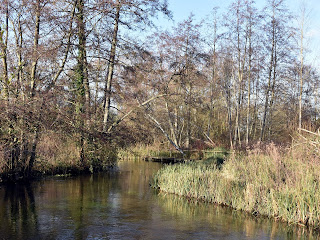 Right, decorating done, its back to the business of chucking up guff.
The river is in tremendous form, bank high with good flow tickling up the gravels. Not too many redds being kicked up but there’s still time yet. The ditch that feeds up to the field know across the ages as “Spring Bottom” already has water in it and all portents are positive and point towards a reasonable recharge of aquifers this winter. 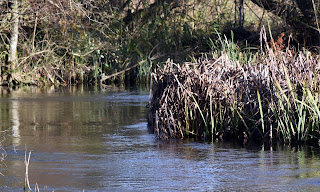 Higher water on spawning gravel reduces the impact of “Jack'Ern” spiteful stabbings, which is a tremendous thing, as they can do a lot of damage in low water with their indiscriminate sword work. Numbers of little egret always increase at this time of the year, and we’ve already three or four regulars. Cormorant numbers are also on the rise, although all sighted have been passing through and not pausing to fish this stretch of river or the pond. 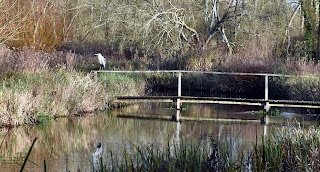 Trees are still being attended to, with Lord Ludg and The English mustered as wingmen. Into the river this week to give battle with the forces of crack willow that have put on six feet of growth this summer. The riverbank might be a bit spongy in a few months time and not accessible by tractor, so the saws’ attention has been hastily drawn to bankside work with a controlled retreat to the wood planned for January/February.
Oh wait a mo, the jungle’s on, I’ll be back in a bit.
It’s a shame they couldn’t claim their annual beano to Brisbane, but it seems to have worked out well in Wales.
If it is Wales.
In my youth I hiked, yomped, camped, canoed and fished in the area that they claim the castle to be in but I can’t for the life of me place the thing. 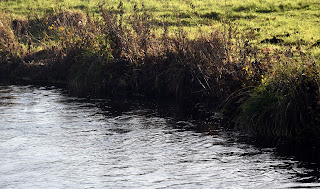 Maybe it’s a new build, as a brief look back in time confirms that it is nearly forty years since I was down that way. Often with the scouts, but also with my Dad and his mate Jim fishing the Wirral Anglers water on the Clwyd and Elwy, and hey Chris Packham some of those critters in the cages are more famous than the celebrities. Several of the snakes are represented by their own agents and if a few eels do escape to the countryside, well done old Anguilla, as the Clwyd and Elwy used to be full of the things but since the collapse of the European eel population they are a bit thin on the ground. One week long scout camp on the Clwyd proved particularly productive, and I remember one night when a sea trout angler slowly creeping his way up the far bank in the early hours was startled as he swung his torch across the far bank. The solitude he sought had been broken by twenty odd scouts sitting shoulder to shoulder in the dark on a high bank swinging in eels for introduction to a waiting frying pan. 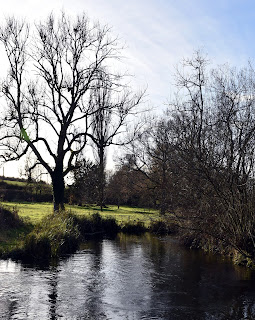 I’m supposed to be writing end of season reports for bods various, but while we’re on TV.
Mortimer & Whitehouse have a Christmas special,
And the dancing’s a draw too. 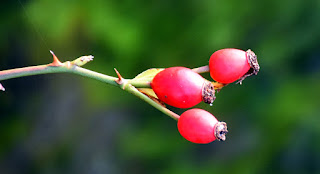 Madam and myself used to enjoy a bit of hoofing back in the day and were often the last to leave the floor at some such do or other.
And at this point I’d just like to put it out there, that I too have won a dancing competition in Blackpool.
It’s not something I have ever really talked about but there I said it. With each passing year I find it important to share such information for the ages.
Yes I was a champion dancer in Blackpool.
It was twenty three years ago and I was in Blackpool for the weekend on a pink ticket with friends. A varied itinerary had been drawn up by the group leader for the two days and Saturday afternoon found us taking in the jelly wrestling at one of the Golden Mile’s premier emporia.
Michaela McManus v Kendra Nagasaki grappling in jelly for an interminable hour. If memory serves, Michaela took the tie by two submissions. On completion of the gelatinous grappling the band struck up and the dancing commenced.  I threw myself into a variety of shapes on the dance floor and half an hour in received a tap on the shoulder. They were picking out a few dancers to take the stage for a competition, the crowd would judge who was to pick up the prize.
Emboldened by energy drink (Brown over Bitter) I threw myself into the competition, chucked in a few forward rolls with the occasional handstand, scored well with the crowd and the laurels were mine.
Six bottles of Asti Spumante. 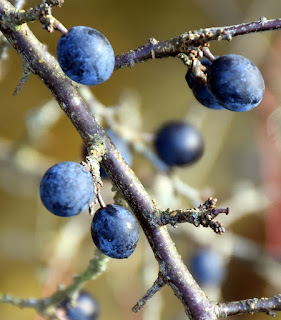 We left the establishment heading for the sea seeking another ship to launch.
The remainder of the weekend passed with much more incident which is best not discussed here.
Unexpectedly we found our ship to launch in the Imperial Hotel where an uber rich bunch of tax dodgers from the Isle of Man, who’d hopped over for pegs by helicopter, didn’t take to our impromptu mummery. 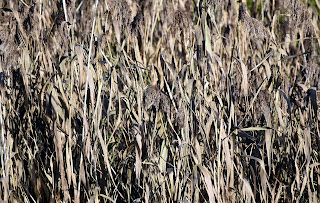 Our rendition of Celine Dion's “My heart will go on” in an abridged adaptation of Titanic, with a mobile cloakroom hanger doubling up as both "ship to launch" and "doomed leviathan". Your correspondent stuck to the prow in the Kate Winslet role as it toured the halls of the Imperial.
In house reviews were mixed, although in mummery circles it is still considered a ground breaking piece of work.
But this was all a long time ago.
More river news next week, which will probably centre mostly around saws.
Posted by Test Valley River Keeper at 21:22 8 comments: