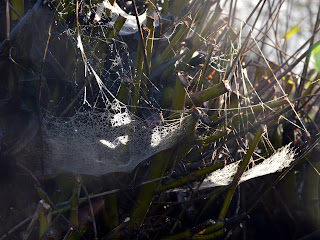 With the season now upon us (take note shops and radio 2 breakfast show who herald the onset of festivities earlier with each passing year) I feel a carol coming on (not you Vorderman!)

But soft, an adjust of approach and apologies, but the long run is marked.

Recently I was made party to a series of emails regarding river business, a proposal had been made (an excellent and enlightened one ) and opinions were being sought from a range of interested parties. It was a "reply to all" fandango and a private one at that so I won't pick over the bones too much in this piece,

But twice during the ethereal exchange it was suggested that a particular generation of keepers had had a negative impact on the river and the sooner they shuffled off the better.

With the spectre of raising a bat to fifty fast approaching I declared an interest and opted out of further discussion regarding the matter, opting instead to sit seething, occasionally popping outside to furiously dig holes in the garden,
it's a practice I picked up from Alan Partridge and his Forward Solutions and it never fails to quell an ire.
Each generation considers itself more enlightened than the last, failing to consider that circumstances at the time were probably very different when compared to the present day.

It's a cheap shot, and the chap who made the assertion should know better.

When I bounced into this valley in the mid 80's priorities were different. Throughout my three years at Sparsholt studying fish farming and fishery management we were instructed that following some highly publicised famine in Africa we were going to feed the world via fish farming. I still have the T shirt from the fish feed company with the slogan " I can feed millions" across the chest. The fishery management tuition was also vastly different from what we undertake today.

I can only speak for myself but cast out onto the river bank alone with only my contemporaries and prospective bride for countenance I would seek succour from agencies and trusts who purported to have a handle on how things should roll along in a chalk valley. 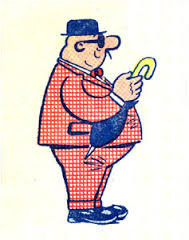 We were advised to fence banks in one year and remove fencing a few years hence. A nearby estate won a senior conservation award for restoring hatches for flooding meadows, a few years later there was a push to remove all hatches from the river system. A six figure report by a company of international repute to formulate a plan for the implementation of habitat directive was cocked up and recommendations made for some beats (including one I am charged with looking after) were clearly nonsense, and derided by any as such.

Faced with such a chaotic lead, is it any wonder that a generation of keepers came to the conclusion that those in higher places clearly had no idea as to how to proceed and opted to trust in their own judgement.

Currently there are some good things being done on the chalk streams.

Today I manage the fishery in a very different way as to how I did thirty years ago,

But then it is a very different river from thirty years ago.

Biodiversity has undoubtedly increased, while flow, water quality and fly life has decreased. The river goes up and down a lot quicker than it used to and angler's expectations of a day on a chalk stream have changed. The number of oversize fish tipped in has reduced. Many keepers have bent with the wind and adapted to a changing chalk stream habitat. It's no a surprise that a supercilious tone emanates from some quarters, twas ever thus with a certain bunch of coves brimful of internet enlightenment who once filled my inbox with messages mentioning dinosaurs.
And hey,

I'll chuck it in again,

Following a visit from the senior fishery management strategy maker for the south east we received a glowing report for the way we went about our business.

Not bad for a bunch of small minded dinosaurs.

What will the current movers and shakers regarding chalk stream policy be remembered for ?

Well they've a fixation with genetic purity which is all a bit odd, and to my small mind, born out of some remarkably muddled thinking.

and they'd like to be regarded as the ones who gave woody debris to the world, they didn't, some keepers were using it before they could even raise wood

They have undoubtedly changed expectations as to what one can expect while fishing a chalk stream, so well done for that, but there is a complete failure to address over abstraction and water quality - the two principle threats to these rivers.

Come on all you trusts and agencies, to use contemporary parlance you're regularly" mugged off" on these issues. It all seems to get a bit cosy over the fine coffee and posh biscuits at some of these meetings with big business and corporations.

If the river dries up or becomes a fetid phosphate filled ditch, what will we have to fall out about.

With the current state of bate swiftly attaining the status of "fine" I shall now attend to the FA. 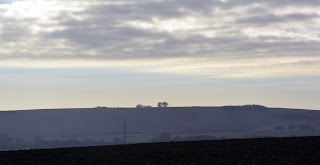 For several years I served on the committee of our local youth football league. The FA representatives who occasionally attended our meetings were everything I expected.

Following the revelations regarding the behaviour of some youth football coaches there has been a call to have a look at how the FA operates.

Hear hear to that!

At one meeting we spent more time sorting out who sat next to who at the end of season dinner than an issue I raised over the particularly poor quality of the pitches assigned for that years' junior cup finals; rock hard and elaborately bouncy they subsequently reduced each game to a lottery. 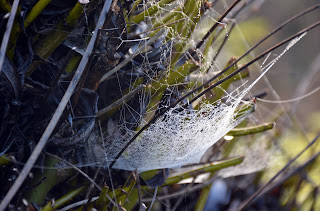 Fines from the adult Sunday leagues in the area have filled the county FA's coffers to the tune of six figures, and well done local town society for that, but there it sits. Grass roots facilities, addressing the issue of players dropping out of football between U16 and U18 (and yes, the way local town society conducts itself on a Sunday morning has much to do with that) training of officials, incentives for ex players to become officials.

During my time serving my local club we were required to fund raise and seek sponsorship for all kit and equipment. We paid to attend FA coaching courses but did receive a ffree poster to put up in dressing rooms championing the "Respect" campaign which was a joke because if the likes of Ferguson and Mourinho give it little credence it has little chance in the lower levels.

The FA has much to address and has been letting the "beautiful game" down for far too long.

The signs were there when your correspondent was declared Hants FA Groundsman of the year for 2011. A quick deco at google earth would have revealed the pitch was not quite the shape it should have been and the awarding of such a trophy to the incumbent of the groundsman's shoes was a farce.

Enough of the long run so we break for drinks and bring the spinners on.

What a shame about Adrian Gill.

Always entertaining, inevitably irascible it seems surreal that I won't be reading his reviews on the weekend. I never met him, although I know keepers who did, as he liked his fishing and all said what a top bloke on the bank he was. His final piece for the paper regarding the onset of his cancer was particularly poignant, made even more so with good friends going through a similar experience.

The coal face of the NHS is manned by some remarkable people from many nations who are perpetually frustrated by meddling bureaucracy.

Recently I had cause to accompany a neighbour to our local A&E.

Madam was magnificent and administered first aid (she's trained in the art) until the blue lights arrived. A blue light delivery of the patient and myself (with the opening salvo of the evening's wine already on board) to our local A&E and the patient joined a four hour queue of trolleys in a corridor before her head wound was attended to. Thirteen stitches later she returned home an hour before dawn. 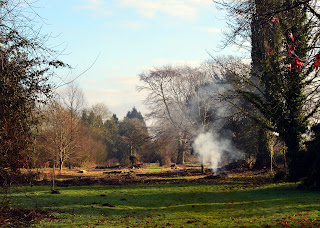 Yesterday I paused for conversation with a newly retired local farmer. He'd recently had a stroke and ran me through the chain of events. Sunday evening (again!) he'd felt a little peculiar while watching the TV (again, nothing to do with Songs of Praise) he shrugged it off (he's a farmer) and braved it out through Countryfile (who doesn't) before confessing to his wife that he couldn't lift his left arm. Off to the same A&E where it was confirmed he had suffered a stroke. Apparently time is everything with a stroke, and if a particular drug can be administered within a certain time frame the patient will be up and about and dancing the funky chicken within a week.
He missed the cut off point for the administration of the drug while waiting in the corridor.

I've had great faith in the NHS up until now,

My own recent bumps bangs and hernias have always been well attended to by staff from many nations, some of whom didn't appear old enough to be let loose with the knives.

But crikes it all seems a little stretched at the moment.

The river remains close to its end of summer level and we need much rain,

No that's not lightening the mood. 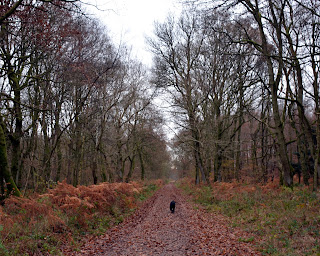 Oh yes, Otis returned to the field of shooting last week picking up a dozen or more birds on a local shoot. A fun crowd, I learned of a game farmer who was charging £160 for a Turkey and had lengthy discourse with a pig farmer who sends his sows for slaughter in Germany bringing the carcasses back to a butchers block in the UK because it comes in twenty five percent cheaper than the slaughter house a few miles up the road.

This isn't lightening the mood either

Vista creation continues with Lord Lugg, which isn't exactly soothing and my back has been playing up, but the view from the loo in my employer's pile of bricks improves with each week.

Yes the mood's definitely turned a corner there.

A keeper from downstream whom I have known for thirty years dropped in this morning. After twenty five years employment the estate on which he works grants an employee six months leave. He'd just returned from two month antipodean odyssey and had popped in to drop off a Christmas card, completely forgetting that he'd sent an identical card two weeks ago in the post.

Child A and Child B are both in residence and the flag on the roof flies at the appropriate height. We have a house full of people for seasonal festivities and both fridge and larder assume the status of "well stocked"

All will serve as balm to a year that has overflowed with poison and spite and seen too many good people exit stage left.

Oh yes the perfect restorative for the season


thanks for reading the rubbish that I write.

Merry Christmas and here's to next year.

Posted by Test Valley River Keeper at 20:25 No comments: