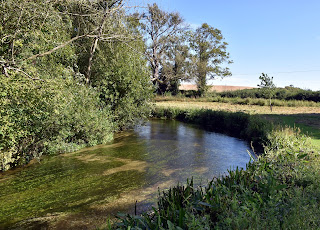 Forgive the tardiness regarding chucking up chunks of guff but I (and many others apparently) have been giving battle with the new version of Google Blogger, which doesn’t work.

Hopeless doesn’t even come close, and the next time somebody puts there hand up and says “you know this thing that works reasonably well at the moment, well I’ve an idea I can make it better” flick him on the nose or at the very least run the relevant protocols that the proposed changes actually stand up and work. 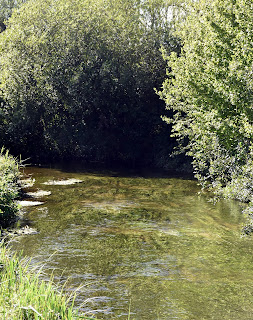 Thanks Google Blogger, Good Job. Anymore of this nonsense and I’m off, Ciao adios, I’m done, you’re making it fecking hard work with all your improvements.

Anyway, we’ve been away.

Had planned to be in Sicily about now but ended up near Scarborough for a few days tramping about on dale and moor. It’s an area we know reasonably well. I’ve at least three close relatives that I know of returned to the earth in Kirkbymoorside and I once undertook three weeks work experience on a very cold fish farm in nearby Ellerburn. A substantial brown trout hatchery and earth pond fish farm, the eggs took twice as long to hatch as they would in Hampshire due to the water being considerably colder.

Our billet was a pub on the moors at Appleton that we had stayed in several times before. They do dogs well and Otis and Moss accompanied us on our first sojourn further than the Solstice services for six months. 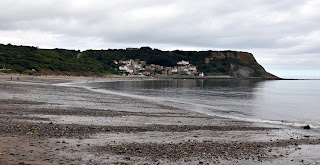 It all felt very safe, relaxed and well thought out. The only concern, the floor level windows in the room. The canine equivalent of Netflix, Moss has a habit of picking up his bowl once his repast is complete to undertake a two minute tour of the locale before becoming distracted and dropping the thing with a clang. The prospect of him dropping his bowl out of the window on to the heads of al fresco diners below remained a viable threat throughout our stay.

The Moors Inn – Appleton Le Moors, by the way. Tremendous people, good food, dog friendly and a great place to be. 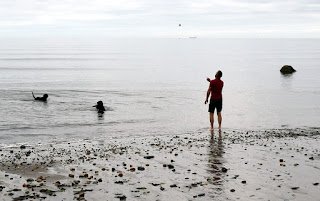 In all weather, bar snow. 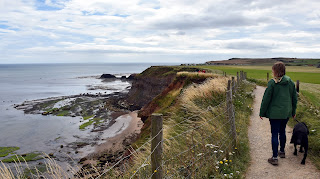 Up on moors, down on dales, along cliffs and beaches and made a brief foray into Whitby for a Fish & Chip lunch by the harbour, which was a little tense as half of Leeds and Tyneside seemed to have had the same idea. 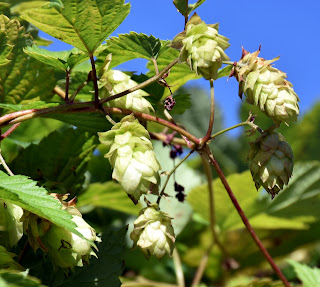 Back home now, and apologies again for tardiness in reporting movements, but as mentioned in previous guff, a level of inertia has set in during 2020, a numbness if you will, that also seems to have struck “our great leader” who keeps his head down during another procession of cock ups. 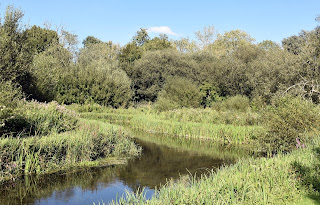 Anyway, we are where we are.

In river news, Home Bargains have been avoiding the environs, providing some relief to our arboreal friends.


Bats seem to be doing quite well. My employer has had cause to shoo several from her sitting room, and one evening last week one almost flew into my face as I entered the fishing hut. Couldn’t tell you the type, but many bats all the same. 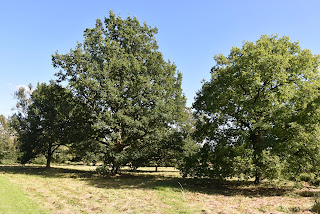 With orchids at an end, last week I topped the meadows. A steady business, it seemed to be much thicker this year. One thing of note during my days of pootling about at half a mile an hour, a couple of lizards. The size of the sort you see scuttling about in the sun in Mediterranean climes, it was a first for me in this environs.

but never before a lizard and I've now a wary eye for crocodiles while cutting weed. 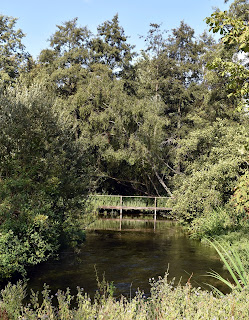 During the days of high heat, fishing was frustrating with salmonids sent soporific throughout the day. As I write it has been chucking it down for twelve hours and goodness the river needs it. Blanket weed is putting in an appearance and ranunculus is cashing in its chips. Invertebrates remain enigmatic, some days we have sedge, some days we don’t. There isn’t a lot of any species, although August is always good value for a variety of funny moths.

In bird news, we’ve heard nothing from that ungrateful owl we hand fed high end chicken breast for months the year before last. Duck have found the surrounding stubble and we have a surprisingly bold Sparrow hawk who this morning swooped a few feet from my nose as I headed out to feed the chooks. 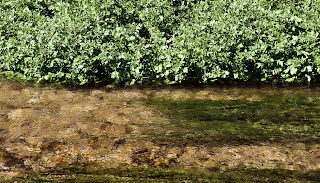 Twenty odd years ago there was a dovecote in the old stable block. Maisie (Child A as was) deep in her Snow White period, spotted a squab on the ground outside in the yard.

Dopey squabs were not an unusual occurrence and may have had something to do with a high degree of in breeding. 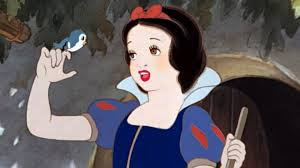 Maisie, heavily influenced by Snow White’s ability to bond with birds (she once spent an hour of an evening on a French campsite with arm outstretched ,finger presented as a perch for a cheeky sparrow who took crumbs from our tent) seized upon an opportunity to aid an avian friend.

My four year old daughter and myself formulated a plan and headed out into the yard. Me in my work clobber, she in full Snow White garb made by her Nana.

The squab was slowly approached and gently scooped up.

The denouement of the plan centred around throwing the squab up into the air to induce its innate ability of flight.

Up the squab went to a height of twenty feet,

and there was a brief period of flight,

before a Sparrowhawk entered stage left, at a rate of knots to smash into the unfortunate bird. 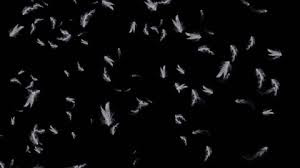 Maisie and myself stood motionless, her in Snow White garb, me in my work clobber, as feathers slowly rained down around us in cartoon fashion.

Nothing was said as we walked back indoors, the Snow White tape was never played again, and Maisie moved on to Bugs Life and Riverdance.

Madam and me are on the cusp of becoming “In laws”

Maisie and her long time beau Callum are engaged to be married and Madam and myself are both very pleased and proud. 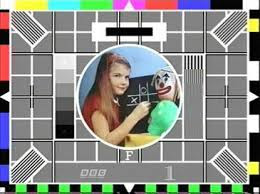 The all new and improved platform provided by the dimbulbs and dunderheads at google blogger remains a crock of shite,

This is not just a view of my own,

from the thousands of emails that have flooded in, since the last chunk of guff was posted, a consensus appears to have formed, 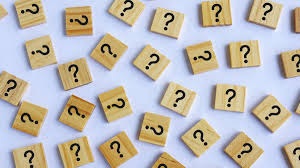 Well done Google Blogger, well done, whatever were you thinking? 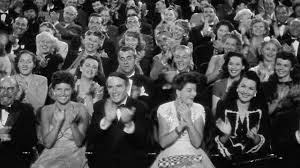 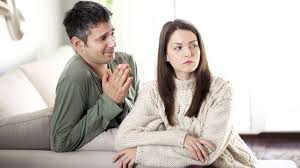 Apologies to those who receive pushes, prods and notifications about previous chunks of guff in what has become an interminable back catalogue. I don’t yet know how to turn off this “exciting new feature” which has three times led me to wake in the night, sit bolt upright and exclaim “Lawks! Did I really say that?”

I don’t need people dragging up the past and asking questions on guff loosely laid down ten years ago, 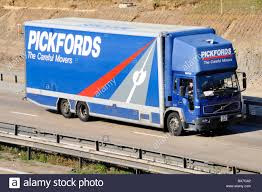 There is much to discuss and I have several missives amd images of some import already laid down ready for reveal,

but with a Covid on, we must observe certain protocols, so please forgive this test piece in the Brave New World that Google Blogger have placed before us.

An interesting piece, germane to this house, that appeared on our local rag’s website earlier this week. 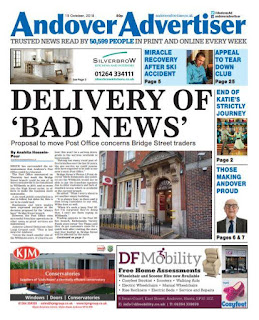 Andover Advertiser. 'Cut water use or residents will go without tap water'

RESIDENTS in the South East have been without tap water this weekend, and that could happen in North Hampshire too.

That's according to water company South East water, who say that the last couple of days have seen a "record-breaking" demand for water across the region.

The unique circumstances of more people working from home than usual, combined with the soaring temperatures that are expected to continue into this week, have meant that despite upping drinking water production by 150 million litres per day, it is not enough to meet demand.


As a result, at the end of last week some customers in Kent and Sussex were without water, and unless residents cut their usage, the same might happen in parts of North Hampshire.

The company, who also supply water to Hampshire, Berkshire and Surrey, are asking customers to stay away from their hose pipes, garden sprinklers and garden water toys.

Steve Andrews, head of central operations for South East Water said: “Many people don’t realise that water is a fresh product which is produced 24 hours a day, seven days a week.

“When we draw the water from deep underground or from rivers it has to be treated to a very high standard at our water treatment works before being sent along miles of pipe to homes and businesses.

“Our water technicians have been working round the clock to produce this extra drinking quality water needed - the equivalent of filling to the brim almost half a million baths – but with this record amount of water being used daily it is getting harder to keep up.

“I would like to say thank you to our many water savvy customers who are helping by being water aware, but I am now appealing to every one - household and businesses - to keep water for essential use only while the heat is on this weekend and next week.”

Since they first put out their appeal at the start of the weekend, South East Water said that demand was cut by 30 million litres on Saturday.

Among the water saving measures that the company are asking their customers to exploit include not filling paddling pools - an average pool needs around 530 litres of water to be filled to the brim. This is three times the total daily amount of water used by one person.

Top up the paddling pool instead of refilling it every day. When you're finished, use the water on your plants and grass so none goes to waste
Invest in a water butt for your garden and use the harvested water on your plants (they grow better with rain water and you'll save money on your water bill too)
Remember – brown lawns bounce back
Water your pots and hanging baskets either early in the morning or during the evening to reduce evaporation in the midday sun
If you’re potting up or planting containers, use ones made from plastic, glazed terracotta or wood. These tend to lose less water than bare terracotta
Bury a short length of pipe into your pot; if you water into the tube the water goes directly to the roots where the plant needs it most
Use mulches like bark chips or gravel to retain moisture and keep weeds down
Should water supply be cut for an extended period of time, South East Water will set up bottled water stations, which are designed to meet social distancing requirements.

They will also continue to supply water to vulnerable customers, who can sign up for the Priority Services Register at: https://southeastwater.co.uk/priority.

If anyone didn't receive this guff do let me know.

Happy to pop it in the post until normal working service is resumed.