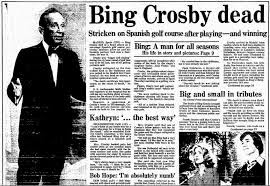 Sorry about the lack of updates,

Not an April sabbatical but a brief period of tail chasing and a trip abroad, more of which to follow.

But first here’s Mike with the obituaries:


The Tree on Hairy Hill

There is a hill that borders a straight stretch of the A30, that for years played host to a tree that stood sentinel for miles around. A distinctive landmark for those who knew in which direction to look, that I nearly toppled while learning to reverse a tractor and trailer while employed as corn cart at the age of nineteen on the estate that farmed the hill. The venerable chap whose instruction I was under advised that “ yon tree can be seen from half of Hampshire” which in my enlightened nineteen year old way I instantly dismissed and reversed on regardless, but he wasn’t far wrong, and now it lies prone following what was for trees, a spiteful winter.

A triumvirate of saplings are vying for succession, but I will have long cashed in my chips before their profile is visible from this valley and beyond.

A regular visitor to these quarters, and a good friend of my employer, she may not have been to everyone’s taste, but she wasn’t a bad old fruit and who needs anodyne?
A source of great encouragement and advice when it came to words, she even gave this written rubbish the odd mention in books, we also shared a common bond over black pudding and a wide range of foods that many would have us discard.

I am writing to tell you how much I have enjoyed reading your books.

I too am partial to putting words into sentences and once attended a writer’s retreat holiday at which you were to appear. Unfortunately due to an overbooking I was moved to the group hosted by a second cousin of Jeffrey Archer, as a result I was unable to tell you this in person.

From an early age, books were forced upon my brother and I by my mother, who held sway at a library in the provinces, and kept her numbers up by taking home twenty to thirty books a week for our various pets, who had inadvertently elected to join the library.

It was in one of these piles of books, sandwiched between the dog’s bed and the goldfish tank, that I first came across your work, discarded by a dog who would look at nothing but a Daphne Du Maurier.

Moley is brilliant, and is read over and over again in this house,

Thank you very much,

I (along with many others) remain, Madam,
your most humble and obedient servant

Fishing, The River and for me The "Trip to Italy" (Coogan and Brydon take note) to follow