Looking for a patient, a sailor boy will do 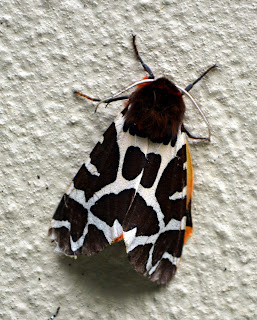 Well all the water has nearly gone, and with the onset of ugly algae the sparkle that the river bore for the first half of the season is now dulled. Blanket weed and brown sludgey algae are a depressing sight after things had been progressing so well, but if this is the climatic boom and bust that we have been assured is on its way for the south east of England, we will need another winter like the last to restore the sparkle to the river. No mention has been made of diminishing groundwater in any form of media, but a quick peek down the borehole on the edge of the square of our local cricket pitch which sits slap bang in the centre of the river valley, reveals groundwater levels that are falling fast. It has made for tedious high summer fishing in the headwaters of this river, although from the middle river down fishing should be a little easier. Gin clear water and educated fish mean that tackle must be fined down and a fly presented with the utmost delicacy, it isn't easy and fading light at the end of the day improves the angler's chances when a host of caddis may persuade a fish to drop its guard, nymphs are worth a go in the day when many fish stick to sub surface feeding but anything too flashy or splashy will spook more than it attracts so drab patterns sympathetically presented are the way to go. The fringe in full bloom serves as part compensation for difficult fishing, it is at its most colourful throughout this month and draws the eye of a distracted angler with a plethora of butterflies, flutterbies and pretties.

A few times this week the light outside our front door has been left on in order to guide Child A and Child B home following midnight manoeuvres. Lights at University conveniently turn themselves off to conserve energy and minimise bills, which is great, but has rendered a generation unable to use light switches, or basin taps whose flow is quelled after ten seconds by magic sink pixies but at home quickly fills the soakaway. 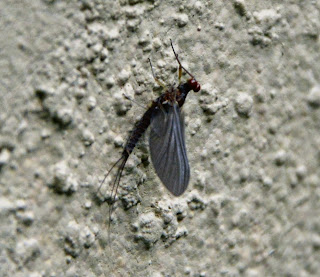 On two occasions the outside light was left on through the night which attracted all manner of funny moths. This river valley is decidedly moth rich and each August we have a variety of colourful and intricately patterned moths cling to the wall. The pick of the bunch this week was a leopard skin number with an auburn head that we don't know the name of but have nicknamed Joan Collins. There have also been quite a few Blue Winged Olives hanging around the door, It's peak time for the BWO but numbers are still not a patch on twenty years ago.

Last Sunday morning while returning from the river a hen harrier worked its way up the valley, en silhouette it was difficult to determine whether it was male or female, but hen harrier it most certainly was. The common land downstream from here is prime hen harrier territory with wide expanses of low cover that they can take in while circling gracefully at height before descending to flop around at low level to seek out their quarry, they also work a few strips of maize planted for cover crops. Midweek while recovering from a season of educating small children, Madam was lazily reclining in the garden popping grapes into her mouth when looking up past the umbrella of her cocktail she picked out a quorum of birds at height, I was dispatched to retrieve binoculars and provide the information that she required namely "what are those birds" my trusty ten by twenty fives confirmed that one of the birds was undoubtedly a harrier, another two may also have been, they were a long way up and Madam was making other demands.

Hen harriers have been in a tad of trouble for some while, the RSPB and several others pointed the finger of blame firmly in the direction of the shooting community and illegal culling, a plan of action to aid its recovery was drawn up by DEFRA following consultation with Natural England, Game and Wildlife Conservation Trust, the RSPB, and The National Gamekeepers Association. This was several years ago, The Hen Harrier Joint Recovery Plan has yet to be published there is suspicion that the report's findings didn't confirm preconceived ideas over the hen harrier's decline. We have hen harrier/ harriers on a substantial water meadow surrounded by three large commercial shoots run by professional game keepers and one small shoot keepered by a doofus who has been winging it for years.

An isolationist at heart who hankers for a cave and a stockpile of tinned food, I don't normally do petitions, but if you would like to see the hen harrier recovery report published please sign here :

We also had a Hobby about last week,whuch is quite unusual but no petitioning required.

and now here's Bob with the News 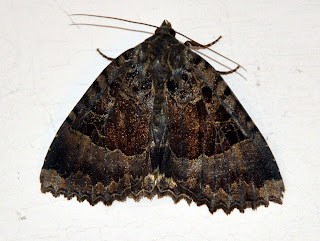 In a speech this week, Coalition leader Prime Minister Cameron stated that Fracking in National Parks and environmentally sensitive areas will only be carried out in exceptional circumstances. What happened to the "Race to Frack" is a mystery that some have suggested is linked to the next general election.

Concerns remain over the current Government's eagerness to slacken shackles placed on fracking by the EU law, and some have interpreted today's statement as an attempt to reassure sceptics that the Government can be trusted to implement the required safeguards with regard to fracking,

A Mr Horace Hermit was quoted as saying:

"Weapons of mass destruction, failure to increase threshold on inheritance tax, stamp duty, national policies on fishery management, inept reports by companies of international repute, and the price of cider, yes, the price of cider, I could go on and probably will, but we are increasingly being mugged off by the loons who lead us"

In a remarkable volte face, former Archbishop of Canterbury George Carey, aged 78, has had second thoughts on the sanctity of life and thinks that Dignitas may be on to something.

While we may do many aspects of life spectacularly well the western world's struggle with life's denouement is maintained.

Here's Tanya with the sport,

The Commonwealth games have been good, great atmosphere and well supported. The Gymnasts may carry a tad more timber and the divers shift a bit more water than Olympic competition, but...

Sorry while we are on gymnasts, when they are out walking in the country, and the law of percentages dictates that a number of their bendy band will be ramblers, how do they deal with gates and styles? is cover maintained and they pass through the obstacle as any other rambler would or is it too good an opportunity to miss for a brief run through of a routine. 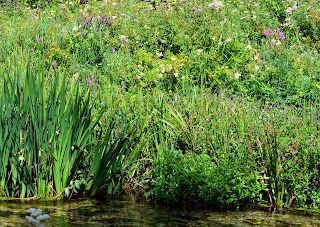 Wardrobe have been asked to make Gary Lineker look a little less "football" his waistcoat midweek invoked a Pearly King/Queen on a down day, and the comfy sweater and slippers for the bowls coverage set the tone perfectly, thankfully he didn't do the diving. In the "Strictly" season Madam insists that she can identify who are wardrobe's favourite by the gowns they are given in which to implement their hoofing. Wardrobe's favourite at these games must be Rebecca Adlington who has looked sensational and made a fair fist of punditry by the pool, I couldn't comment on what Victoria Pendleton was wearing as she worked the radio waves in the Chris Hoy Pleasure dome, but she is a natural on the radio and an innovative analyst.

This week a senior Turkish minister called for women to smile less. In a Birmingham school girls were asked to sit at the back of the class, in some parts of the world, girls are denied an education and Prime Minister Cameron chaired a summit to highlight female mutilation.

From personal experience, if Child A had been denied books, an education, a smile, laughter and friendship with males she would be significantly diminished.

The subjugation of women by some societies is bonkers/abusive 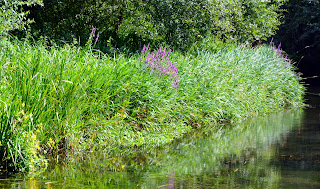 Madam's mum has come to stay and the two have just returned from an evening at The Watermill Theatre near Newbury to take in a production of Calamity Jane, that they described as one the best theatrical experiences they had ever had. Tickets have been booked for a return visit with yours truly and Child A in tow; report to follow.

Several would testify that I will not watch a film unless a submarine features at some point and live theatre has never been my bag, but at the back of our wardrobe sits a cape and cane that were earned following hard graft treading the boards.

A seven night run as Lead Nurse in the 1978 Gang Show at Chester's Gateway Theatre has been described by some (mostly myself) as a triumph for provincial theatre and Melvyn Bragg once bemoaned the fact that fishery management's gain was the theatrical world's loss,

albeit during an advertisement break on The South Bank Show.

Most days I still run through the lines and ponder what could have been:

When the Soldiers are in battle and the navy's gone to war,
they need to have a helping hand as all their wounds get sore,
we smother them in bandages and then we try to nurse,
but we seem to make them ten times worse,

Looking for a patient, a sailor boy will do,
slings and splints and medicine, especially for you,

Barbra Dickson nabbed my gig in Chess and when I eventually bump into Elaine Paige I will remind her of that fact.