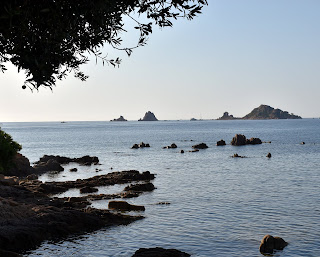 
A few days In Sardinia. The gulf of Orosei to be precise, about half way down on the right hand side and a repeat attempt to touch base with saline detective Monk Seal.

You can take it as read that the M25 was a mess and the trip to Gatwick took an hour longer than usual. The Easyjet flight to Olbia was delayed by over an hour. Inter rent the hopeless hire car company who we had trouble with in Milan took forty five minutes to hand over the keys. Picking the case up to pack in the car I tipped the entire contents out across the car park as I had forgotten to do it up after retrieving documentation and on leaving the airport Google maps failed, all navigation was lost, and we we circumnavigated a roundabout for several minutes before formulating a plan.

After a spectacular three hour drive through the mountains we pitched up at an apartment on the beach in the small town of Santa Maria Navarrese. Situated on a twelve mile wide plain hemmed in by the mountains and the sea, the only way in is by the two main roads over the mountains or by sea to the port of Arbatax. Most of what is put on a plate or tipped into a wine glass is produced on the plain.

We didn't have a duff meal or glass of grog all week, and can report that Sardinian Cannonau is a tremendous drop of grog and the locals can really work a tomato. 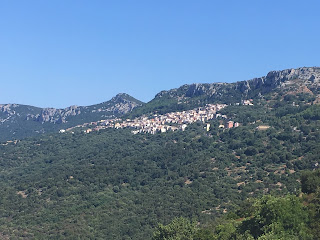 before driving along the Orientalale Sarda or the SS125 up to the village of Baunei for lunch. The mountains climb up to six thousand feet and most winters are topped with snow. 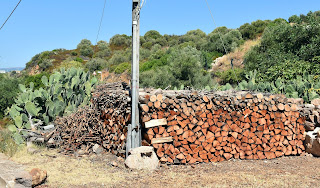 Hence the neatly stacked wood piles. The road is nuts and gets quite hairy at some points and also features regularly in the Giro D'Italia as both a climbing stage and descent. 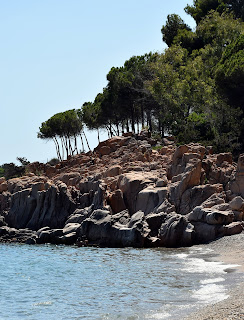 To the beach in the afternoon. A spectacular strip of sand edged with verdant woodland and a crystal clear stretch of sea teeming with life. Each morning before breakfast we would take a snorkel, goggles and a handful of bread to feed fish to around eighteen inches in length that massed around some rocks in front of our apartment.

And so a pattern was set. Activity in the morning, good lunch, beach in the afternoon and out to dinner at night.

A walk to a prehistoric site one morning took us through some scrub that had been subject to the medium of fire a few weeks before. It must have been quite a burn with a few isolated dwellings looking a little singed. 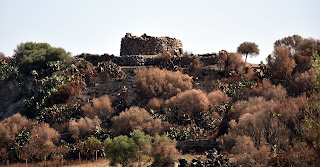 Sardinia is covered with piles of rocks hand made around four to six thousand years ago. The Nuraghic civilization chucked up many stumpy little three tower complexes, often on a hill.


Well preserved, managed and maintained they litter the island. 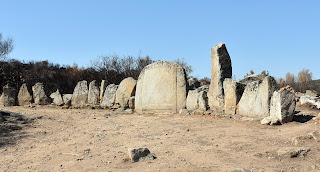 There were also the remains of an earlier Dolmen, 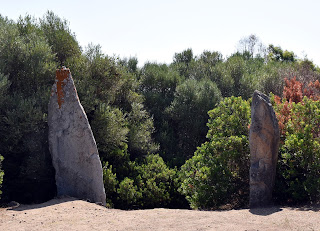 And Menhirs By Toutatis! 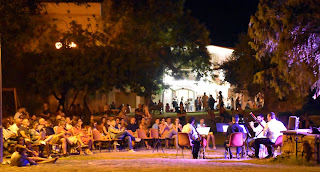 Several evenings a week the chairs are dragged out from the 11th century church in Santa Maria Navarrese and people gather for a postprandial recital.

They have a programme that runs throughout the summer.

Could have been Puccini, Verdi or Rossini,

I'll own that many subjects are a blind spot for this house. Classical music would be up there in the top ten, although we did see Pavarotti in the park.

Half an hour of this quintet coupled with some decidedly glugable Sardinian grog definitely aided digestion.

Captain Corelli would approve, or was that another island we've been to?

Tortolli next, a functional town with a supermarket that we needed to visit and a famous sprint finish on the Giro D'Italia.

Sardines or Sardinians as they prefer to be known are the longest lived people on planet earth. Several Asian cultures may dispute this and question the criteria for classifying a longest lived group of people, but a higher percentage of people on this island live to a hundred years old than anywhere else on earth.

Each month's qualifiers are photographed and asked to reveal the secret to their longevity. 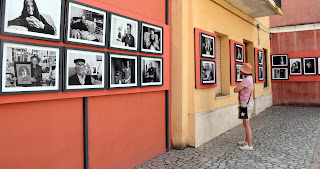 The results are then displayed on the wall of Tortelli library. 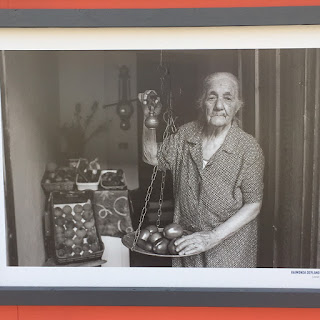 Here's Raimonda who attributes her longevity entirely to tomatoes. 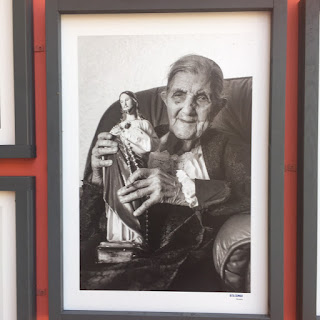 Riata insists faith has a part to play 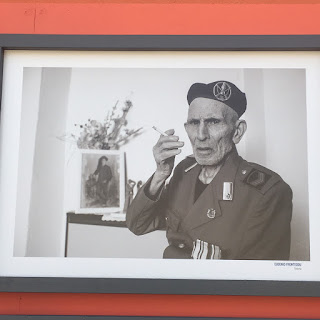 Eugenio puts it down to fags 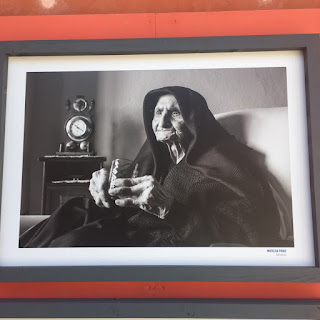 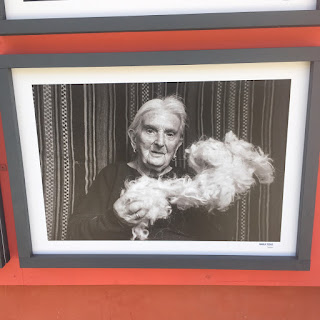 And Giovannina, a hundred years of telling it like it is. 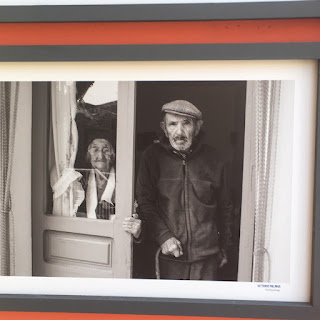 and by the way it has nothing to do with cycling any of the local stages of the Giro D'Italia, such activities would finish most all sane people,

they're on to something. 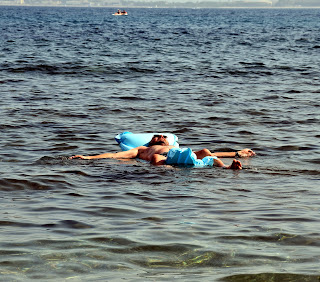 And then, all too soon, it was time to go home. 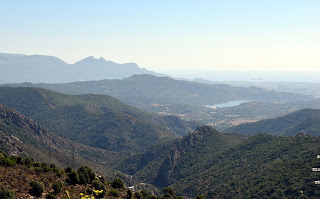 Not by blue lilo,

Thanks to everyone who held the fort at home.

Our quest for Monk Seal? 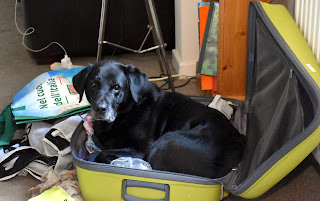 We even managed to smuggle one home.

Is that Inspector Montalbano on the blue airbed in frame 19?

All the best, John

Jeepers John, I know the fringe is heading north but I'm not quite the full Montalbano,

Although he does favour a blue lilo, so an easy mistaka to maka

It looks like a great place for a trip. Travellers must plan for a trip of this nice place someday.
Gatwick airport cheap parking