A Dearth of Wellies, Size 39 and The Alderman 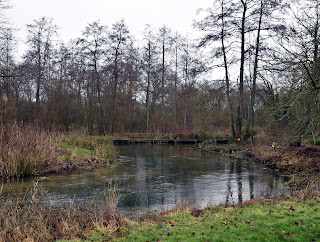 Ho hum, pig’s bum, here we go again.
Happy New Year everyone.
Here follows this house’s first report from the first knockings of opening skirmishes in the sunlit uplands of 2021.
Liverpool, hampered by injury, are clearly in need of the next Emlyn Hughes. There are no signs of snowdrops or bluebells, Spanish or otherwise.
My quest to source Madam some size 39 replacement wellies from the house of Aigle or Le Chameau (we wear wellies a lot, forgive us our indulgence, Dunlop won’t do, we are a slave to our puddies) continues. There isn’t a size 39 high end franco wellie to be had in all these Isles.
I don’t eat much fish, but I hear there are problems with supply, which was a common call from our anglers towards the end of last season, although many have since emerged from the shadows,
the fish not the anglers,
or Hank Marvin for that matter, 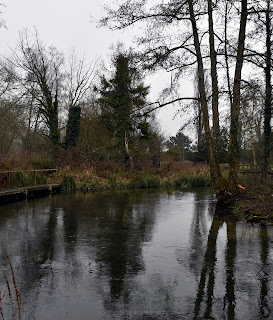 and at this point I’d like to apologise to all the people who have attempted to contact madam or myself by phone during the past few weeks. Regular visitors to this parish will recall that the flight of Child A & B from the familial nest instigated a high degree of gadding about by Madam and myself.
We were living for pleasure alone,
But there’s a Carona on, and by way of succour for our curtailed travel plans, and instilling the feeling that we have been away, we have agreed to put our smart phones into flight mode for a few hours each day and don our travel neck pillows each night while abed,
with my snoring playing the part of the drone of an airbus 380 jet engine. 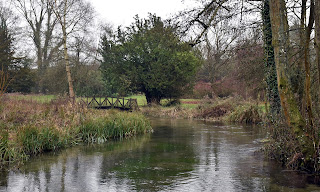 There’s a river, of course, the river.
It’s in tremendous form, in the pink, both a pip and a dandy.
Here’s one of the spring hole up behind the flight hand which once produced the sword of Excaliber (it’s on here somewhere)
Current Status: Six springs bubbling away beautifully 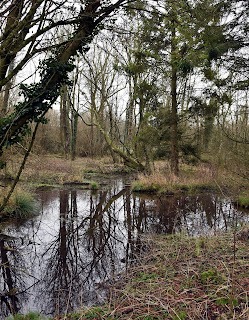 and a significantly higher water level than the same day two years ago which was a poor winter for rain.
We have no grayling anglers, other than the odd one who lives locally, and at this point can I urge all present to support The Angling Trust. They do tremendous things for the sport and at the onset of each lockdown have lobbied parliament to permit people to fish, albeit at a limited level. 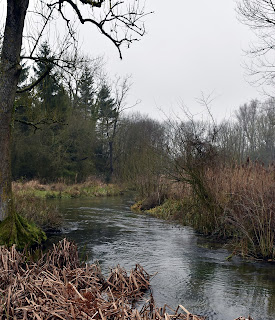 Numbers of adult brown trout going through the motions of spawning have been very disappointing, possibly displaced by lumpen triploids that don’t worry about the rigors of spawning . It may be time to revisit the National Trout & Grayling Strategy introduced in 2015. I could be wrong but I know I am not alone in holding this view. 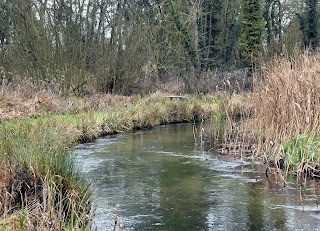 Willow work continues, although at a reduced pace with Lord Ludg and The English retreating to their respective castles. The willow is on the non fishing bank. I wrap a two tonne strap around the intended limbs, attach the strap to the back of the tractor, introduce the saw, and then pull the felled boughs onto the bank with the tractor. It’s a lot of back and forth when alone. With one bod in the water, one on the tractor and one chopping up on the bank, the job is banged out a bit quicker.
I've also reluctantly attacked some alders.
I like Alders,
there I said it,
We have some particularly fine specimens that were unaffected by a disease outbreak a decade or more ago.  It's a hard wood that much of Venice was built on and when cut the wood quickly transforms from a light lime green to a vivid orange. 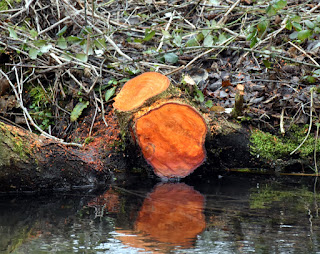 These Alders were drawing some of our rods' ire during the season so a few lower limbs have been removed to aid casting.
Another half dead ash tree wobbled over in the wood last week, taking a couple of other smaller trees with it. There’s no rush to chop it up, and its not like we need the logs, so it can lie in state in the wood for a few months while I attend to the river. 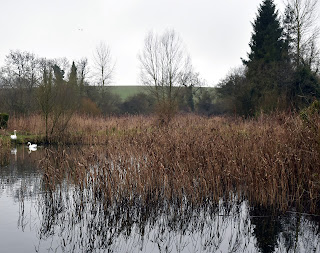 Although we got through a fair few logs over the Christmas period.
It was a cold snap and our boiler gave up the ghost on the 27th and remained out of action until the 5th. The East wing was closed and the wood burner was fired right up for 24 hours throughout to heat the remainder of the house. Five baskets of logs a day disappeared but the house remained warm. 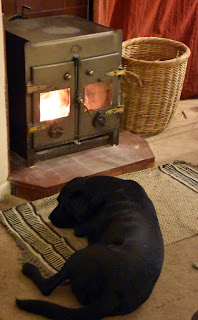 It’s the mother of all wood burners, roughly two feet cubed, and is about fifty years old. With an unknown KW rating, it used to run half a dozen radiators. 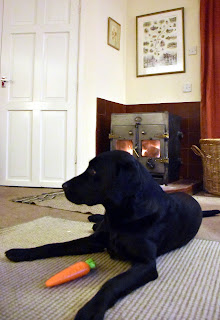 In other news, we’re back in another lockdown, only we’re not.
The Highway to the Sun remains as busy as ever and and large sections of town society ignore the sign at the door of local food emporia to shop alone in the local town food emporium..
The local school has been closed, only it hasn’t.
A full complement of staff attend each day, 52yr old Madam included, to educate fifty percent of their charges.
With a nod to Dad’s Army it may be time to take the first aid kit off Private Godfrey and hand it to Private Fraser as this “would you mind awfully….” policy that has been implemented in the last ten months clearly isn't working.
Posted by Test Valley River Keeper at 19:54

Glad to see you back - at last....Snowdrops are just starting to be seen just off the English Way

Got something written down in the end Warwick, but it was difficult to fit in when I was furiously introducing logs to the wood burner for ten days.