And we’re off.
Trout fishing has begun. 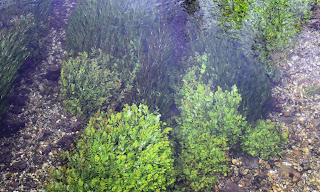 An icy zephyr has blown most days, fly have been a bit reluctant to put in appearance, but fish have been caught. We’ve Daddy Long Legs bumbling about the house. We always get a few in April, and most fish that have been put on the bank have fallen to a Daddy or some other large variant, although I haven’t seen a real live DDL anywhere near the river. We wait for the hawthorn, and here’s the ying to the uncomfortable yang of the icy zephyr. A terrestrial fly the bulk of the hawthorn that hatch hang about the hedges of the valley. Any hawthorn larvae that hang out in the meadows during a wet winter will drown. A gentle breeze can blow an unaerodynamic featherweight hawthorn fly bumbling about a valley hedge down onto the river where brer trout eagerly anticipates its arrival.
We are at the tail end (I hope) of a prolonged period of frost. The wisteria on the Mill House presents a soupcon of former glory with many buds having falling to the frost, the hydrangea by the gate took a bit of a battering too. The ancient Mulberry however knows stuff, and despite three days of twenty degrees or more earlier in the month continues to reserve the right to present a bud. It has also been very dry in this part of the world. 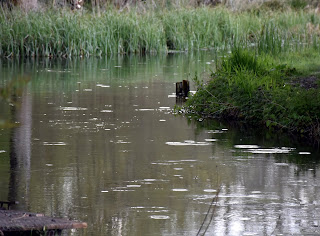 Yesterday we had a reasonable amount of desperately needed rain, the last time anything fell from the sky was the snow at the start of the month when I was cutting weed (it’s on here somewhere, probably around the start of the month) before that - mizzle in March.
With grass slow to grow, been plucking wood from the wood to introduce to the log burner in winters to come. We’ve plenty of ash piled up about the place which all needs to be transported back to base via the medium of tractor and trailer. There are some substantial rounds heaped up and goodness knows how I humped them about eighteen months ago pre pando. Samson taught us that long hair was a sign of strength, well my locks have not been this long since my twenties and I could barely lift some of the bigger lumps this week that I was gaily flinging around a year and a half ago, seems another victim of the pando is my musculature. 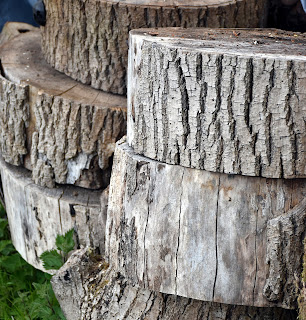 The lambs in the back field grow ever more boisterous and roam in gangs. They spend much of the evening charging up and down in their hood in what may be attempts to gain territory and assert boundaries.
I don’t know, I don’t do sheep,
I do fish
Well I say I don’t do sheep, but in my summers working on what is now the Waitrose farm I was coerced into some ovine activity. The estate ran a flock of around five hundred sheep, the shepherd students who turned up at lambing time would be housed in the farm house split into bedsits where Madam and myself lived and inevitably after an evening at The Peat Spade we would pop up to see the student at the lambing shed. Day time ovine activity included moving sheep along the lanes and dipping sheep. Lady sheep go through the dip with some reluctance but reasonably efficiently, men sheep (rams I believe) jump in the dipping channel and because of their extra bulk, get stuck and have to be heaved through the dip forcibly, which is where the student employed for the summer who happens to be comfortable in the old eau comes in. 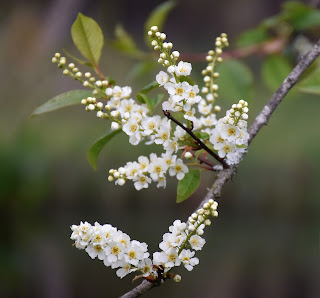 When I first started falling into the River Dever by way of employment back in 1992 a dozen or so sheep ran up the middle between the main river and the mill stream. The grass was kept short and there was no need to mow the meadow, but the rivers marginal reed growth was also munched away and there was not an orchid to be seen. They also had a propensity to wander and after a summer of experiments with sheep, it was decided a different method of meadow management should be undertaken.  One option was to fence the river bank a few metres from the water’s edge in order to continue to run a few sheep on grass but the conclusion was reached that it would look a little odd so the sheep were dispensed with. The meadow is now left to grow until mid June when the orchids and others are done and the topper is introduced.
There Robin (Page), that’s all I’ve got on sheep.
I met him a few times (Robin Page) 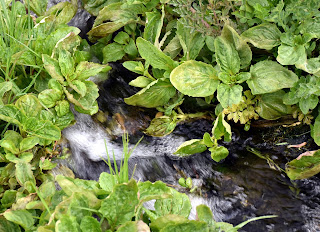 A ruddy faced cove who at the time didn’t dress up, he once gave me a signed copy of a book he had written on songbirds. The last time I saw him he had lost a significant amount of weight, was wearing a clean jumper and had a much younger lady on his arm, it just didn’t seem very Robin and I’m guessing a wheel must have come off somewhere in the preceding years.
And that’s all I have on Robin Page,
next week Robin Cousins - my municipal ice skating slush puppy heck.
How did we get to this?
Reading this back through, the year 1992 jumps out and I realise that this is my thirtieth season of chucking up fishing for trout on this stretch of the Dever.
How did that happen? 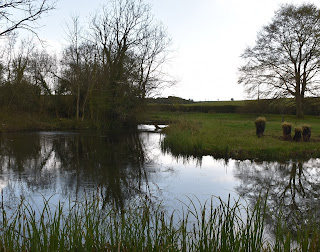 Some may contest the claim, but I maintain that I retain most of my youthful looks, vim, vigour and some, if not all, original zest.
When I first started in this game many used to revere venerable keepers who had spent so much time toiling on the riverbank, they seemed wise and some cases wizened,
how things change,
although……
I consider myself incredibly fortunate to do what I do for a living, I once declared on national television (Village Voices, a seminal piece from Meridian TV filmed in the late nineties that focused on innovative thinkers in the rural environment) that I would do the job I do for nothing. This caused considerable consternation in the financial wing of “team de Cani” who were engaged, deep cover, in the business of raising two young children.
While we are on television, and I was on television telling the world (employers and HMRC included) that I would do my job free gratis, Keith of Ireland is worth a watch, more genius from Sharon Horgan et al.
Anyway, a fisherman once commented, “Chris you do know you retired at the age of twenty two to become a Riverkeeper”
Well yes, I probably did, and goodness what a golden period for being a pensioner, but the importance of an active retirement cannot be over emphasised.

Here’s to another thirty years working on the river, as the age for collecting a state pension continues to be bumped north of the standard 65 so I may still have waders on and scythe in hand when I finally cash in my chips somewhere around the age of 123.
Posted by Test Valley River Keeper at 19:50

Message for The English:

I am tempted to post pics of your substantial stash of logs but will instead refer you to the proprietor of the establishment as to the allocation of wood cut.

Hope you are both well and look forward to blunting saws again sometime at the end of the summer when hopefully all this madness will be done.

Thanks, as ever, for getting in touch and for reading the rubbish that I write.

Chains sharpened and batteries charged in readiness. I suppose that you expect me and the poor crippled old soldier to come and help you split and stack that stash as soon as we’re allowed out again?