Ping! Woodcock and The Best Boy Ever

Ping!
And as if by magic the shopkeeper appeared,

Well that’s what I was brought up to believe would be the consequence of something going Ping!
Seems ping is all the rage now (wasn’t he a penguin back in the day?) and my NHS Pando App has pinged me four times in the past few weeks only to ping me back to say that while I may have been close to someone carrying the pox there is no need for me to return to my cave for an unkempt ten day period so please press on regardless,
What’s that all about?
Have I achieved “keyworker” status? 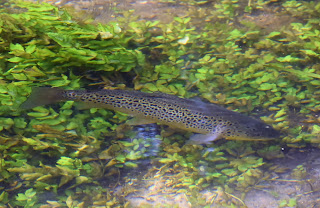 Anyway, apologies once again for tardiness with regard to chucking up guff but most of my days are currently spent cutting grass and pulling bindweed. I can get round the river banks and paths thorugh wood and meadow in around two days but currently once the task is completed its straight back round to the first bits to start again. If I sat down and looked (contrary to popular opinion, I rarely sit down) I swear I could see the stuff growing. One evening last week I announced to Madam that I was going out into the garden to pull a few weeds. 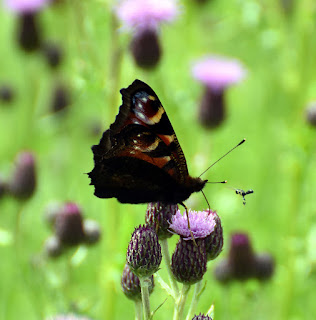 Two hours later I returned indoors having given battle with the forces of weeds various. The next morning the white flag was raised to convolvulus whose legions had massed in the night to once again carry the day.
I’ll whisper it quietly but wellingtons remain the first choice of footwear for anglers flicking a fly into this stretch of the Dever. The July weedcut is now done, I tickled up a few bits of ranunculus and hacked away at the insidious ribbon weed, but not much more than that. Blanket weed is about but not in the mob handed way it has been in previous summers, and to extend the “sotto voce” tone of the piece, the river is running well. 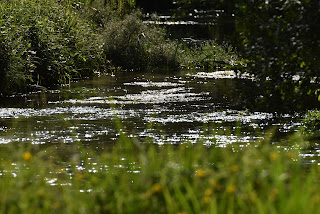 Fishing remains tricksy, but it is July and one would expect nothing less.
At which point I”ll repeat the mantra “ one fish in July is worth four in May”
Mantra done
There are sedge about and a trickle of olives but during the day many fish are now preoccupied with a sub surface menu of gammarus and nymphs various.
And so to the register,
John Woodcock, the esteemed cricket correspondent for The Times who died aged 94 last week was someone I had known for nearly thirty years.
He fished at Bransbury and brought unruly spaniels to beat on our small shoot many times. He had a rod on the middle Avon at Woodford and took me over there as a guest on numerous occasions. He had a great depth of knowledge of the chalkstream environment and my description of the Test being too polite to flood is directly attributable to himself.
Up until last year he was a regular presence on the boundary at Longparish CC on match day, copy of the The Times in hand, chatting away with a procession of lurkers keen to make the aquantence of "The Sage of Longaprish", before moving on to the The Cricketers or Plough for a pint and further discourse with locals. 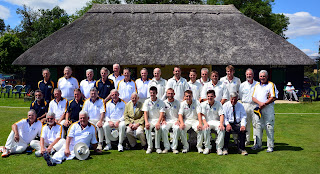 Following success in the Village Cup Competion in the eighties, of which John was immensely proud, the club experienced a period of decline before rising like said phoenix from said ashes to once again climb the Hampshire League ladder in the new millennium. John was ever present on the boundary throughout.
He was a smashing fella, Longparish through and through, and an entertaining chap to spend an hour or so with, be it on the boundary or in the pub. 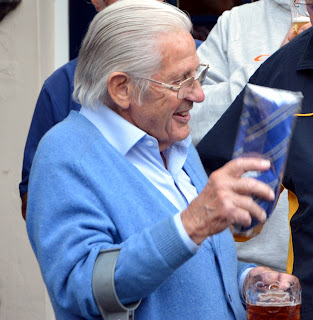 He was a great promoter of Child B's cricketing cause, who he insisted had swallowed the MCC handbook at an early age. Child B had several trials as an opening bat for Hampshire and on finally being selected to play for the county, declined the offer as he had an important Village Cup competition game for Longparish on that day, which speaks volumes for the atmosphere around around the club and also the Hants CC Colts County set up at the time.
Longparish moved through to the next round of the compettion, Child B scored a hundred and all was well with the world.
Hants U15 lost heavily to Surrey U15s.
News Just In: Mariella Fostrup’s been on and requested spoken guff on John’s association with cricket at Longparish at 2.30pm for the “Life and Times” slot on Times Radio.
And now the dog,
This could be difficult.
Otis has gone. 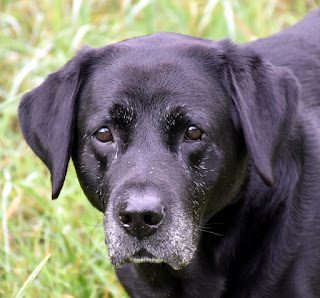 Widely acknowledged as "the best boy ever" Otis has now exited stage left.
Living to the great labrador age of 14 he now rests on the riverbank alongside the world’s worst spaniel and his uncle Zebo. He kind of fell apart at the end and the decision was not a difficult one. 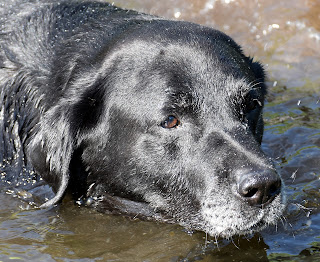 As a working gun dog he was very good and excelled at picking up ducks in the dark but was probably shaded for the gold medal by his Uncle Zebo.
Socially he had impeccable manners with no side.
By way of a Croft and Perry analogy, Zebo was a Captain Mainwairing who could be relied upon to deliver a “you stupid boy” look every time I missed a quacker. Otis was Sergeant Wilson writ through and exuded “my dear that’s a very pretty dress your wearing” 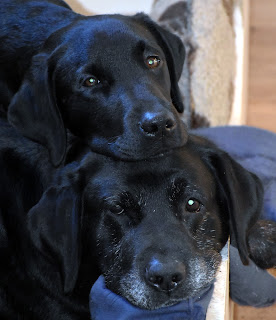 Now we’re stuck with the private Pike that is Moss who will miss his Uncle Arthur.
He was a dog that was comfortable in any environment. He travelled on trains, the tube, the bus and several escalators. He lay in the church aisle at two funerals, stayed with us in pubs and hotels and considered the score box at Longparish Cricket Club his personal domain. 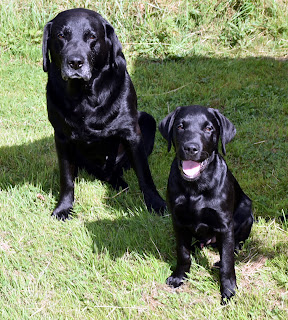 He will be missed by many but not forgotten.
What a dog, we were very lucky to have you along for the ride.
Posted by Test Valley River Keeper at 16:02

So sorry to hear of Otis' passing! lovely dog and as you say, always well behaved, hopefully the hole left behind is not to great, such a shame when they pass isn't it!

As for the fishing, I think by and large its been an indifferent few months for all, thankfully my season is starting to gain some traction!

I hope you are well and would certainly enjoy a return down to you if COVID will afford us that opportunity!

Cheers James, hope you and your family are well. Otis was a one off and we were very lucky to have him along for the ride.

Hope to see you this autumn, grayling numbers are picking up, we've a few pike about but sadly the roach numbers are not what they were ten years ago,

Thanks for getting in touch and look after yourselves,

So sorry to read that Otis has gone. He was a top chap.

Oh Chris, your Croft & Perry analogy is lovely. Every dog owner of our age reading your blog will be sneaking their canine pal a sly treat or two having read this. Condolences.

Otis was one of the best, with impecable manners, he became very attached to Rachel after he gave up shooting to take up cricket.

Be good to touch base in outer space sometime soon,

Oh yes, take in Avenue 5. A HBO production now being repeated on many comedy channels it's worth a watch if you haven't caught it already