Apologies, Tardiness but Guff (of sorts) 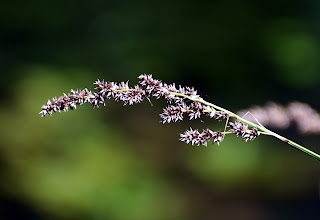 News in Brief:
Once again apologies everybody for tardiness in chucking up guff.
I’ve had a lot on and also been gadding about a bit, plus there’s the impending nuptials for Child A on August the 5th which currently seem to be rushing towards us at apace, we also lost a good friend and fisher who’d been ligging about the place for over thirty years.
First up the fishing. 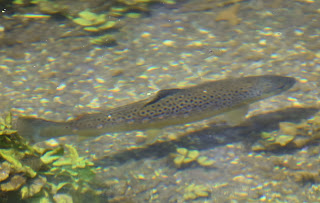 Mayfly went well and was all that it should have been. Water levels are a worry and with the June weed cut now done, it was all too clear when raking down the cut weed how little energy the river currently possesses. Sedge seem to have gone early and each morning there are several bumbling about the place having made it through the night.
Most mornings as Moss and myself parade along the bank, I see one or two fish rise to a sedge, the same fish descending to the bed of the river to nibble on gammarus and other sub surface dainties from midday on. 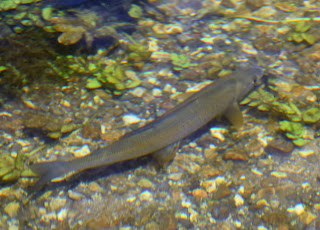 We may be nymphing a little earlier this year.
Plant wallahs arrived the other week to undertake a survey of all that grows along the riverbank, keeping a particular eye out for invasive non native species. 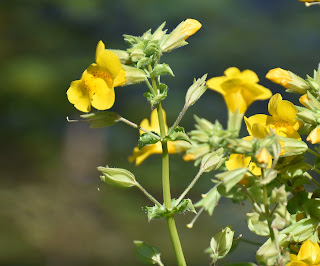 We’ve Japanese Knotweed down by the road bridge that has been there for a decade or more and monkey flower and orange balsam all put in an appearance and seem to muddle along quite well. 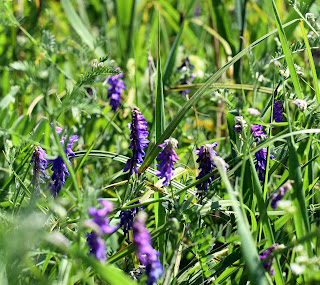 I’ve pushed the line many times, but not all non native species are invasive, although I used to deliver fish to a stretch of the Rother in Sussex where Himalayan Balsam was king to the detriment of all other flora.
Apologies forgot this was supposed to be brief. 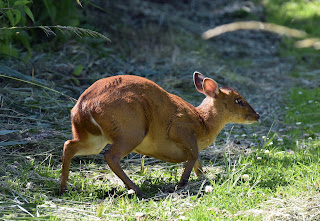 Popped up to Lords for the first day of the Test. 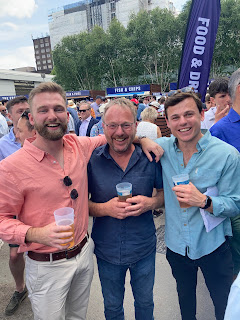 You may be surprised to hear that that's me in the middle, Child B on the right, long time family friend lost to the antipodes on the left
Lower Tavern stand this time. which was a first for me. Seventeen wickets in a day may cause a county cricket pitch inspector to twitch, but this is Lords. 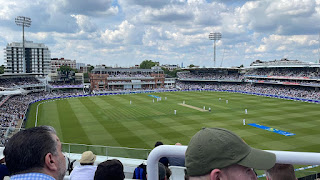 I climbed up to the top tier of the new Edrich stand to touch base with Child B and some of his cricketing mates, both English and Antipodean. It’s a terrific view and to my poor peepers from high up  the pitch did seem to have a tinge of green that wasn’t being mentioned on the radio.
It’s always a terrific day out and a very special and unique sporting venue. Thanks as always, for the invitation. 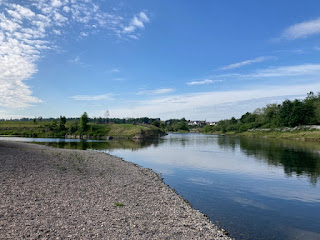 Had cause to pop up to the borders for a few days. Embedded deep cover in Kelso on a mission to visit many beats on the Tweed and their ghillies by way of research and customer service. 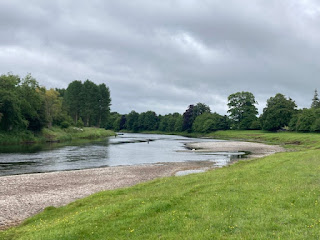 Every river we crossed on the way north - the Lune, Ribble, Eden, Esk, Teviot were all down to their bare bones and while beats such as The Junction on the Tweed, Hendersyde, Lower Birgham, North Wark and Sprouston will always produce fish, few flies were being flicked. 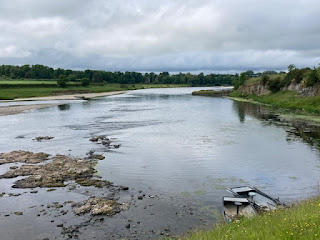 It was an enjoyable few days spending the day chewing the fat with venerable ghillies on such a renowned river during the day while  enjoying the fleshpots of Kelso by night, but goodness so many rivers need rain.
Wedding preparations are proceeding apace and we are currently sourcing a gilded barge to deliver the newly weds to their reception on the banks of the Dever. Ebay is currently being uncooperative and apologies again to whoever is fishing on that Friday, but you are welcome to join us for a drink at any point.
And while we’re on fishing on Friday, planet earth lost one of the “good ones” a few weeks back. 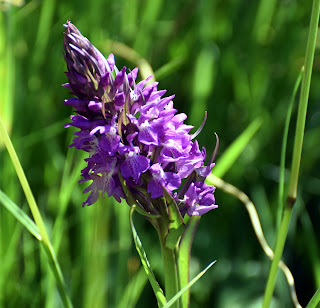 Taken too soon at the age of sixty one, he fished here with his father when I first started falling in and out of this river. A medical student at the time, his father was a political advisor to several health secretaries including Ken Clarke and Edwina Currie, had a fund of tales and would regularly “off load” while tackling up; the gift of a watch for Michael Mates MP instigated some particularly humorous invective as he put his rod together.
Possessed of a tremendous sense of humour, he too was taken too soon at a similar age to his son. 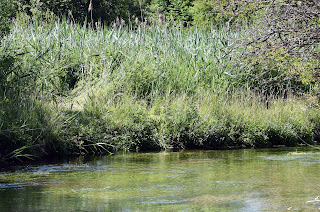 Justin, or Professor Justin Mason as he went by at Imperial College Hospital London, was equally loquacious and humorous on arrival at the river, and conversation would cover the full gamut of subjects of the day from daily gossip to deep dish, it was not unusual to spend twenty minutes in the yard chewing the fat before fishing.
Both he and his father were talented anglers and appreciated the social aspect of a day on the riverbank, never fishing “too hard” and always pausing for a beer.
Justin, or “The Prof” as he was known in some quarters signed off my last three passport applications, he was a great supporter of this house and always insisted that I should write something with hard covers, my reply always went something along the line of
“But Justin, books are really long, my mind tends to wander after a thousand words or so”
One of the nicest and cleverest people I have known and completely without ego, he was someone I was proud to call a friend.
He will be missed by many who bumbled along a bank in his company.
Posted by Test Valley River Keeper at 21:19