They Said It Couldn't be Done, Pike on a Wire 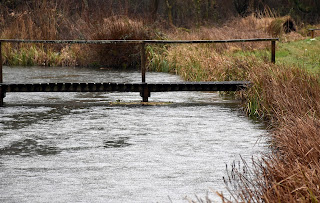 There has been no little incredulity and disbelief at claims in previous guff that I have spent time tidying up the workshop and tractor shed. Questions have been asked regarding what I consider to be “tidy” and have the forty year old pots of paint that I have treasured so much during my tenure on this river gone to the tip or a museum.
They said it couldn’t be done but see the photos and judge for yourself. 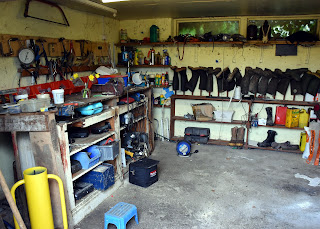 The last time I tackled the workshop in winter I disturbed a grass snake hibernating under the work bench. No such fauna this time although plenty of flora on a damp patch that has developed on the end wall. 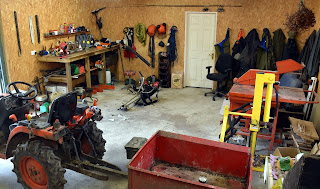 The angler’s washroom has also been redecorated (with modern paint) 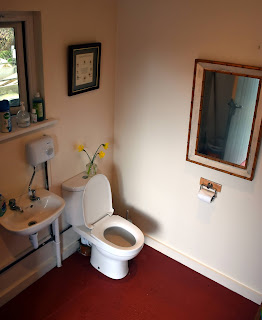 and my small office where I keep much of my fly fishing tackle and a PC full of photos has also been spruced up and reorganised. 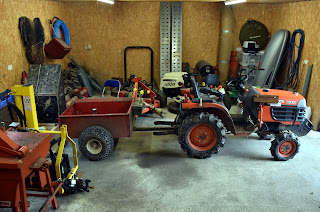 It’s the garage at the weekend, a mountain of coarse fishing tackle, the detritus from Child A & B’s time at University and an upright piano.
I seem to remember smashing pianos up being a thing back in the day with international competitions, so maybe I’ll get my eye in and then when the Pando is done maybe enter a few just to see how I go. 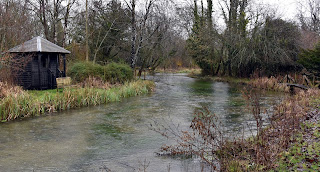 The tip in the local town currently operates on a book first basis. The vehicle must be registered and arrive from an address in the immediate locale. An Unregistered car or crossing the county line to dump trash incurs a charge as does the dumping of certain items. Plaster board – twelve pound. Asbestos – ten pound. Builder’s rubble – five pound. I had several boxes of old wall tiles to dump but kept my money in my pocket and headed for the woods. A hole was dug and the tiles laid out and buried in an interesting pattern that should get heads scratching on Time Team a few generations down the line. 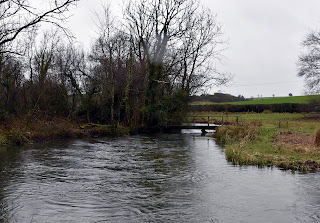 I’m also getting the chainsaw mill up and running in the coming weeks. There’s a bridge to be replaced in the wood. It crosses the outflow from the flight pond and is a short span. It’ll be a rustic affair with all the wood cut from a tree at home but it’ll do for this bridge.
While wading through the workshop, I came across an old favourite of mine. A cutlery drawer Excalibur if ever such a thing existed, it is an old Victorinox bread knife that I had put on the bench some years ago following a handle fail. A restoration project that, like so many things, got put on the back burner. Some seasoned ash was sourced, a new handle fashioned and the trusty blade was returned to its scabbard and is remployed in hacking away at all things proven and baked from baguettes to barm cakes. 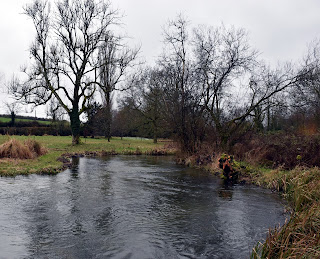 Heading outside we find that the weather has warmed up considerably. Last weekend the mercury didn’t rise above freezing and the ground remained frozen throughout the preceding week. This week the temperature has hit double figures, the frost has come out of the ground and the temperature is forecast to hit sixteen degrees in the south this weekend. There is more fly around in the afternoon and both trout and grayling occasionally look to the surface for sustenance.
River levels continue to be everything one could wish for at this time of the year and I expect it to creep up further as thawing ground releases more water down into the aquifers. A wet week of soft and steady rain will only add to aquifer replenishment. 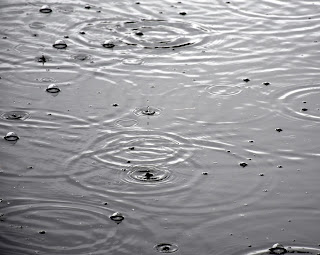 The water is also very clear for the time of year which betrays some significant lumpy salmo trutta that have made their way upstream to our bottom bends. Don’t know where they have come from, but one fish could be over seven pound, which is big for the Dever. No sign of pike mooching their way to the ditches yet, but it won’t be long. There will be plenty of water filled ditches for them to choose from, the bottom half mile that carries water from Spring Bottom being a particular favourite.
Back in the day, when “if it wasn’t a trout, it was coming out” keepers would target pike at this time of the year. “Wiring” pike was possible in small streams and ditches and required no little skill. In 1986, my first year on the river (twelve months full time work experience at Leckford) I was riding back to my digs at lunchtime with a keeper at the wheel of the Landrover.
The road crosses the main river Test before running alongside Parson’s Stream, a small mile long carrier that spills out of what was at the time, a large flight pond near Longstock House but is now a put and take trout lake. 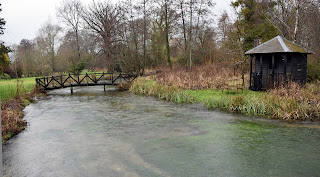 Ten yards along the road by Parson’s stream, the keeper’s gaze was averted from the road by a double figure pike sitting mid stream. Brakes were applied a many point turn completed and we returned to the hatchery for his wiring pole.
Five minutes later we were creeping up the opposite bank.
The wiring pole comprised a wire snare fixed to the end of a long thin larch pole. The snare was set and on hands and knees we poked our nose through the fringe dead level with the pike. Ever so slowly the wire pole was pushed out into the stream downstream of the pike. Mental calculations regarding refraction of light and depth of field were implemented and very slowly the wire was worked up stream towards the pike. The moment of jeopardy arrived when the wire had to be worked up around the body of the pike. Brush brer pike with the wire and it would shoot off at speed upstream. With great care the wire was worked along the body of the pike at an interminable pace to a point just behind the head.
A brief pause,
then the tension was shattered as the keeper exploded upwards and headed off back up the bank at a speed impressive for a man who had just turned forty. The double figure pike on feeling the wire around its neck bolted forward, the wire tightened and a double figure pike snared by the tail shot out of the water and flew over my head.
The pike was deposited at the door of a retired keeper who lived a life well into his nineties sustained mostly by moorhen, pike and venison, washed down with home made hooch and home grown tobacco.
Nobody wires pike anymore. Pike have their part to place in a chalk stream environment as do many other species that were once removed each year. But blimey catching fish on a wire was a task that required an incredibly amount of skill and a very steady hand. 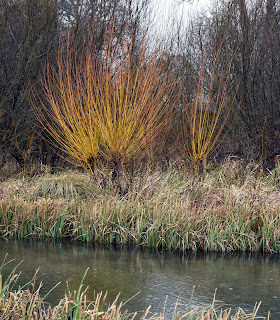 If the glimpse of the workshop and tractor shed interior has caused any nefarious intentions to rise. Please be aware that our marital bed sits atop the workshop and next door to the tractor shed with several security lights in place and a clear line of sight from our window.
Which reminds me of another incident when working back in Leckford. We lived in Longstock in a large farmhouse the upstairs of which had been carved up into bedsits. Across from us lived the farm foreman who I got to know well and was good fun.
He was also the UK conventional champion ploughman several times vying with a chap in Yorkshire who also occasionally claimed the crown. In true Federer/Nadal tradition one was good on grass and one was good on clay.
Anyway, Geoff was woken in the night by a noise. Looking out of his bedroom window he spied two shadowy figures siphoning petrol from his car. After quietly opening the window he reached under the bed for his shotgun (you could keep them under the bed back then) and fired off both barrels into the night sky, which woke us up then another two and another two as the would be petrol thieves fled in to the night.
It was a bit different back then.
Chucking up this guff and thinking back to my time at Leckford, it may finally be time for a "Confessions of the world's worst tractor driver" piece.
I'll give it some thought.
Apologies, almost forgot the odyssey to break new ground in the world of tinnitus,
Here's our good friend Yaybahar in a shed somewhere with his take on the piece:
Posted by Test Valley River Keeper at 20:40

It remains in "take your shoes off on entering" condition, although only time will tell,

Thanks for getting in touch, I hope you don't mind me asking but where does your surname originate from,