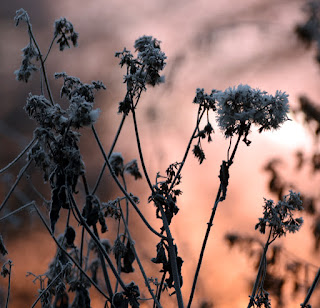 Happy New Year everybody!
We drove off the old one on the Suffolk coast at the mouth of the river Deben at the midpoint of four days traipsing on beach and marsh. 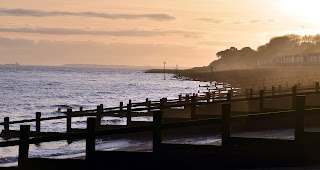 Hurricane Moss did most of Suffolk in the first forty five minutes moving into Norfolk sometime in the afternoon and then on into Lincolnshire in the evening.
Mild weather meant we were out and about all day clocking up the requisite number of steps.
Onto the marsh first where the tide was on the way out and there were many waders including several avocet that I was unable to photograph as I’d left my big lens at home. It was blowing a hooley as we made our way up the path parallel to the river Deben to find an excellent scheme introduced to use water in a more sustainable way. 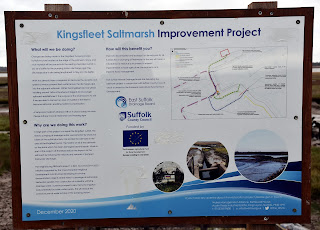 As an alternative to treated waste water falling out of a pipe into a marsh ditch feeding into the river and bowling off out to sea, a proportion is pumped twelve miles inland and used for irrigating crops where it is soaked back into the ground. At the much diminished outfall into the marsh ditch, over eroded banks caused by the excessive outfall are being restored to the original salt marsh habitat.
Well done the Kingsfleet Saltmarsh Improvement Project and all who fund it.
I’ve said it on here many times, but there’s a case to be made for the pipe from the weasels at the water works that crosses a hundred yards of water meadow to tip vaguely treated water into the river dever upstream from here, to be cut short by fifty yards to create a vast wetland paradise.
It’s just a thought.
More walking on New Years day. 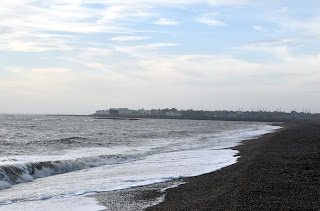 Foot ferry across the river to the far bank and a walk along the beach to see Bawdsey Manor. A vast pile of bricks built in the 1880’s as a private residence, it was purchased by the Air Ministry in the 1920’s and played a big part in the development of Radar. It remained RAF Bawdsey well into the 1990s before being sold. It is now a PGL activity centre.
On the river a sailing competition was underway.
The local sailing club’s hangover regatta. 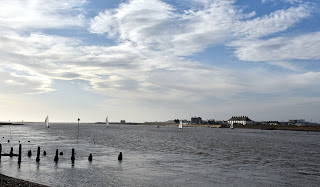 The mouth of the Deben plays harbor to some dangerous currents and two safety boats watched over the competitors, who reached incredible speeds in the stiff breeze. During lunch at our billet (stunning view from every window) we took in a legion of loons on the north bank throwing themselves into the river by way of penance for misdemeanours committed in the year just gone.
Cold water swimming I think they call it.
A flying visit to a part of the world we knew little about but one to which we will return, mostly for Moss’s benefit as he touched base with hundreds of other dogs on many beaches,
A Canine 18-30 break if you will. 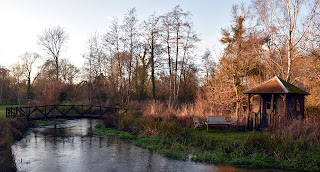 Back home, the river could do with some rain. It fell slowly throughout December and remains crystal clear. A few redds have been kicked up, which is good to see, although heron and egret have stalked spawning fish in low clear water. Mild weather over the Christmas period encouraged a few flies to hatch and both grayling and triploid trout occasionally rose to the surface. 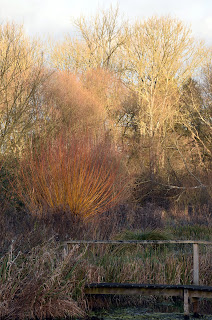 Child A is getting married in August and by kind permission of the proprietor the reception will be held in a big tent by the river opposite the fishing hut. We couldn’t be more happy, but goodness its instigated a long list of “things that must be done before August” Several key bridges must be upgraded and a track, long grown in, that leads from “The English’s” paddock to now defunct fish rearing ponds must be re-established as the NCP wing of “The English” Corporation has kindly agreed to let wedding guests park in his paddock, for which we give great thanks. 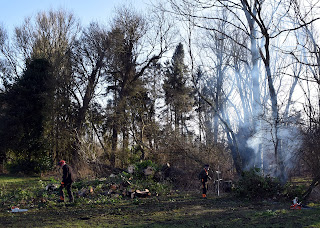 Christmas Day saw an ivy covered field maple wobble over into a neighbouring paddock. Ludgershall and English mustered and we have spent much of the week going at it with saws.
It took out the fence so we have seized the opportunity to take out several ailing ash trees that were on their way out and only going to fall one way. 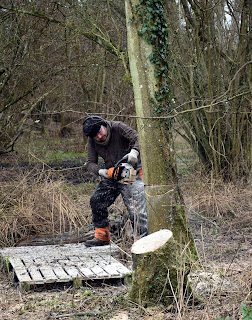 Infected with ash dieback the crown of each one felled shattered like breadsticks on impact with the frosty ground. 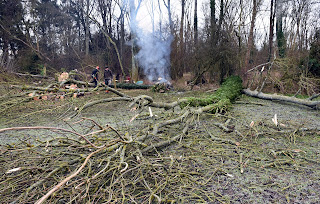 There are many other ash trees in the wood of a similar age and in a similar condition that will eventually fall over or require felling.
In television news Toast and Mandy are back. 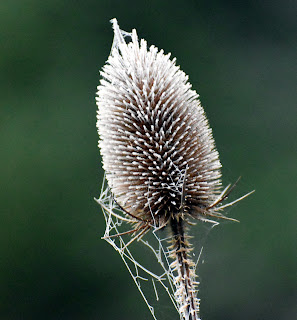 Both on BBC2 (and well done for that) Stephen Toast, played by the genius that is Matt Berry, Brian Blessed’s secret love child (The crooked Geoff Cox is clearly a fan), has left the colonial club for the tinsel town that is Los Angeles which is a surprising twist. 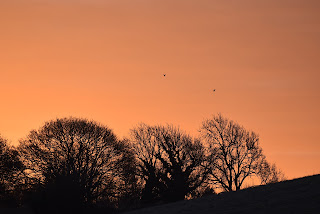 Mandy played by the genius that is Diane Morgan (Cunk, Motherland and much much more) is much the same. The second episode of Mandy featuring the force that is Deborah Meaden is brilliant and a “must watch” 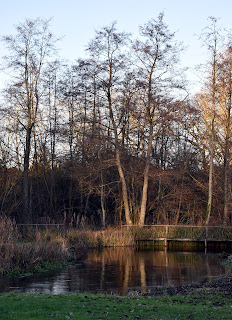 The Masked Singer has also returned which Madam and myself enjoy, partly in an attempt to remain “current” but there do seem to be a plethora of grim dramas appearing across the channels,
which I don’t think is a good thing in these times. 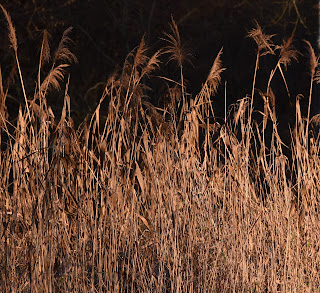 Just put funny shows on plus a few about dogs, fishing, gardening and making stuff. 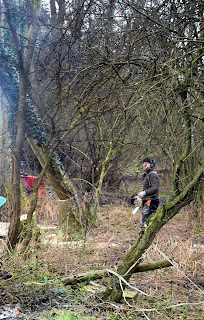 We’re waiting on a new mower for the riverbank.
It was ordered three and a bit months ago, but there are issues with production, supply chains of parts mostly. We had a similar experience with the Jimny that needed work following a failed MOT. It was just under three weeks before the bits turned up. We haven’t had post this week, and if I dial 999 because a fisherman has had a funny turn up the river I may be advised to transport the ailing angler down the bank in a wheel barrow to the roadside where a waiting taxi will whisk him away into the Winchester traffic, sans blue light, in an attempt to meet a man with a wheelbarrow outside the county hospital.
What times we live in. 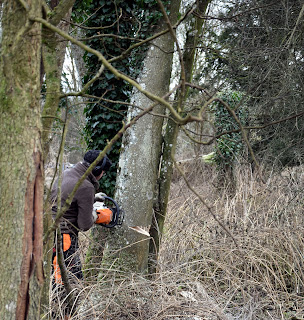 I may be tempting fate by saying this,  but Madam appears immune
to Pox19. 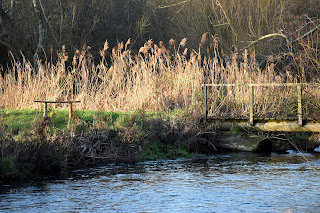 November and December saw the pando rip through the school. The school closed for a few days due to staff shortages, an event that featured on the local TV news. Madam has had many close contacts with infected persons old and young often in a close up sneezy kind of way. She tests and tests but has never recorded a positive result. Madam has been a pedagogue for over twenty years and promotes the theory that she has been exposed to enough autumn primary school “Snotfests” to provide a level of immunity that few human beings can match. 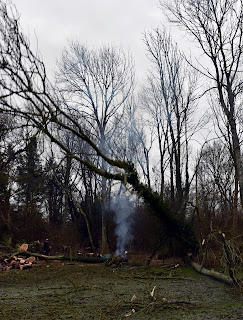 She may be right or she may just be lucky,
Posted by Test Valley River Keeper at 21:47

Hi - any chance you could get in touch with me please? I'm Ruth and work in communications for the Gamekeepers' Welfare Trust, who hopefully you've heard of. (Coincidentally, I live in Test Valley, in KS. And also watch The Masked Singer ;) ). I'm on communications@thegamekeeperswelfaretrust.com Many thanks, Ruth